How to use Translate on your iPhone

With iOS 14, Translate makes it easy to translate words and phrases and have conversations across languages on your iPhone.

You can use Translate to translate words and phrases in up to 11 languages. You can also save translations for quick access, get defintions for translated words, and download languages so you can use them offline.

How to translate words and phrases

You can also type the words and phrases you want to translate. Just tap the text box, then type a word or phrase and tap "go." You can also switch between the two languages by tapping the language tab above the keyboard.

To get a defintion of a word, tap the word in the translated text box, or tap the Dictionary button

. You can also save a translation to the Favorites tab for quick access when you need it. Just tap Favorites

under the translation to save it.

How to use Translate to have a conversation 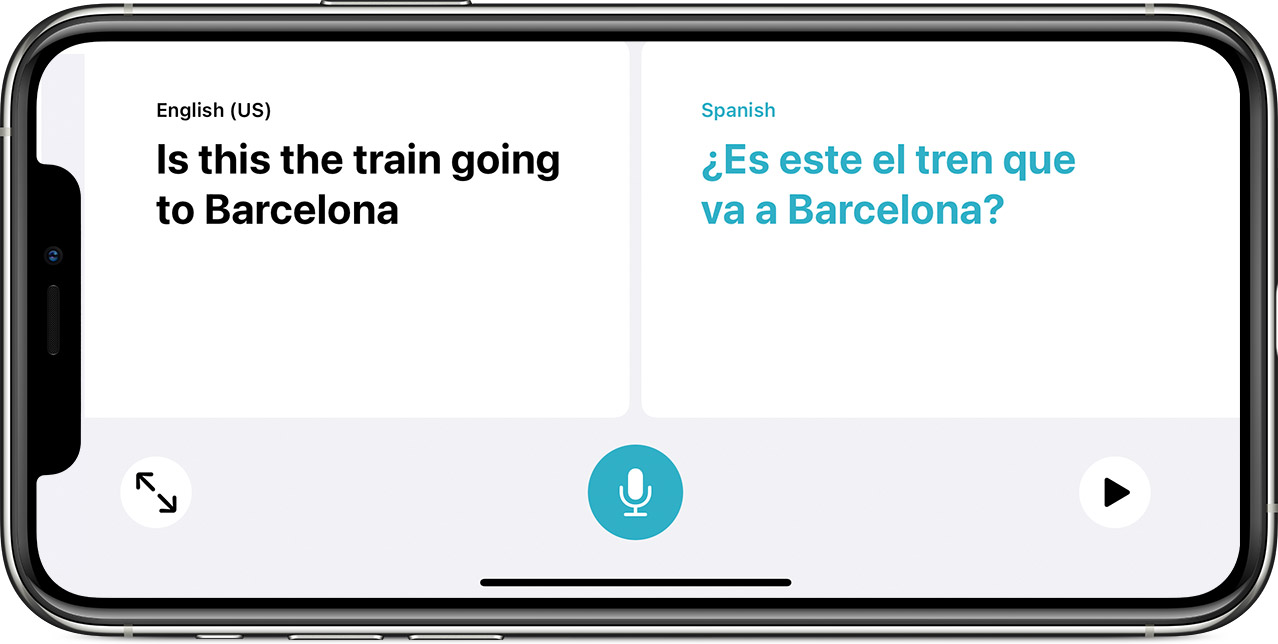 When Automatic Detection is turned on, Translate will detect which of the two selected languages is being spoken and translate to the other language. The app automatically translates the language it hears, so that you can carry on a conversation with someone.

To have a conversation with someone:

If you want to hear the translation again, tap the Play button

You can make the translations larger, so it's easier for others to read. Just turn your iPhone sideways, and tap the Maximizer button

. The screen Maximizer won't work if you have Portrait Orientation Lock turned on.

To translate without an internet connection, you can download languages to your iPhone. Here’s how:

When you download a language to use offline, it might take up space on your iPhone. You can remove a downloaded language whenever you want. Repeat steps 1-2, then swipe left over the language and tap Delete.