Learn how to use a Producer Kit patch to get the most options and control when creating a customised drum kit in the Drum Kit Designer plug-in.

When you add a Drummer track to a song, a stereo Drum Kit patch is assigned: 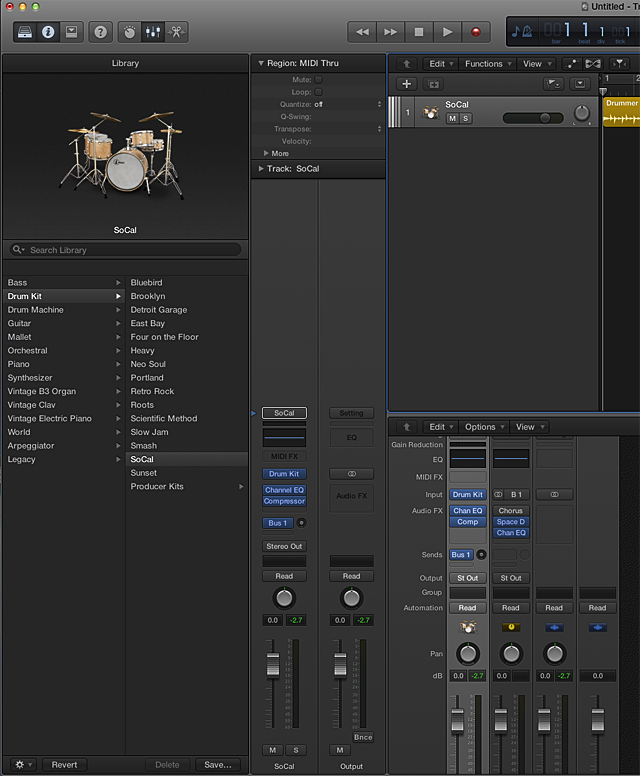 If you open the Drum Kit Designer plug-in and click on a kit piece, such as the kick drum, you will have a choice of three kick drums and several adjustments to affect the sound. 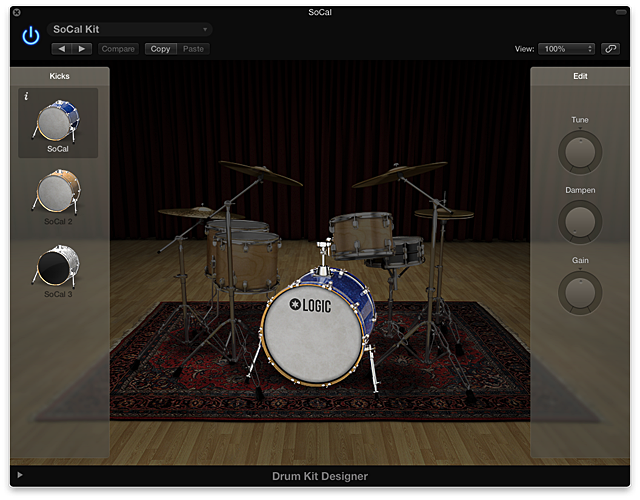 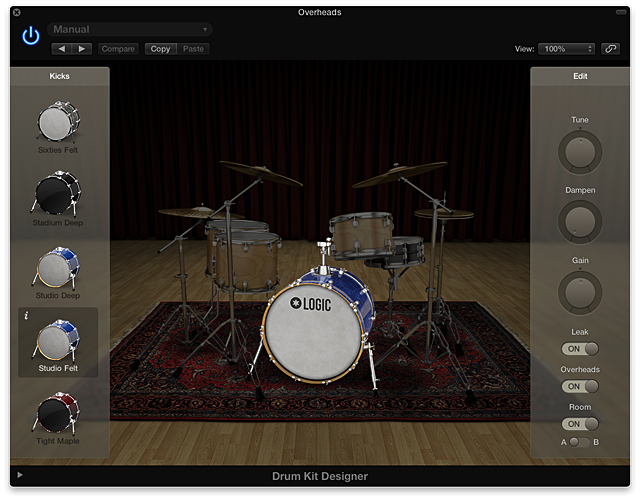 Instead of the 3 kick drums that are available in the stereo kit, you can choose from among 13 kick drums. Scroll through the list of kick drums to see additional choices. You also have control over whether the overhead mics pick up the kick drum and whether the kick drum picks up leakage from other kit pieces, as well as the option to set an alternative room for the kick.

The snare offers 15 choices (instead of 3) with all the same sound adjustments as the kick.

In the Producer Kit you can choose from among eight sets of toms, whereas the stereo kit allows no tom swapping. 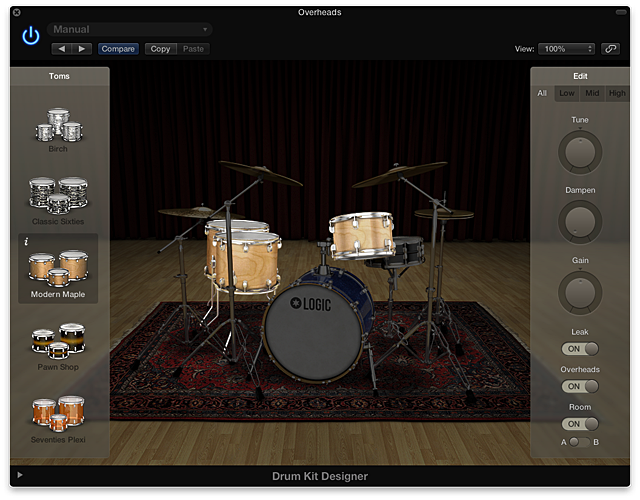 You can choose from among seven sets of cymbals in a Producer kit and from among six hi-hats.

Once you have configured your new drum kit, click the Save button in the bottom right of the Patch Library. 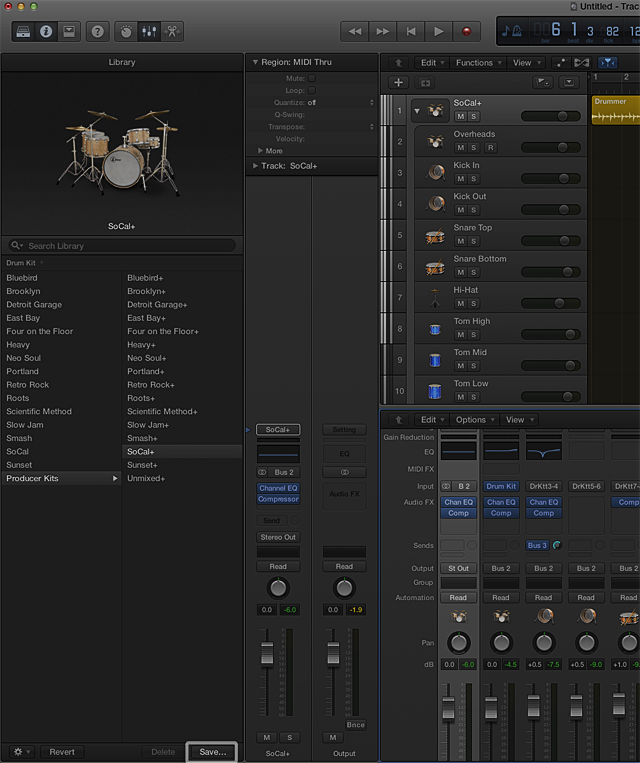