Learn how to make, answer, and transfer a phone call from your iPhone to HomePod.

To make and answer phone calls on HomePod: 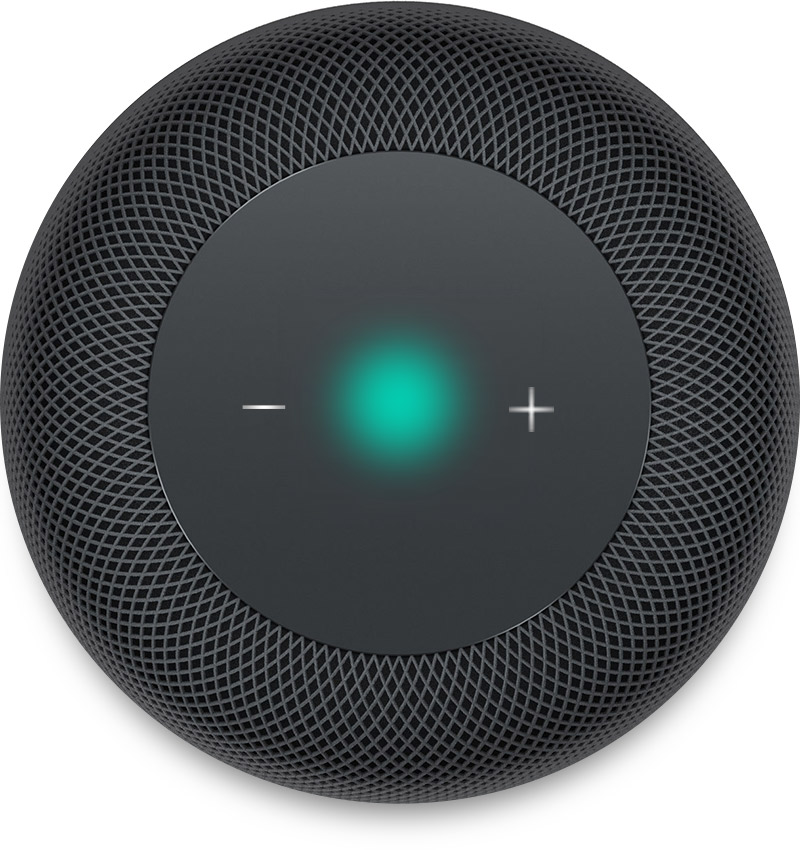 Then you can ask Siri on HomePod to make a call and answer an incoming call from your iPhone to your HomePod. Here's how:

To call someone on HomePod, say something like "Hey Siri, call Archie."

To answer a call from your iPhone to your HomePod, just say "Hey Siri, answer my phone."*

If you miss a phone call, say "Hey Siri, who just called?"

*Incoming calls from your iPhone won't ring on HomePod.

Transfer a call to HomePod

If you have an iPhone with iOS 13 or later or an iPad with iPadOS, bring your device close to HomePod to automatically hand off your phone call. Move your device away from HomePod to transfer the phone call back to your device.

If you're far away from HomePod or have iOS 12 or earlier, use these steps to transfer the audio to HomePod and use HomePod as a speakerphone:

To put yourself on mute during the call, tap

To increase or lower the volume, tap

on the top of HomePod or use the volume buttons on your iPhone.

To switch the audio back to your iPhone, tap

To end the call, tap the top of HomePod or tap

You can’t use Siri on HomePod while you’re using HomePod as a speakerphone.

If another call comes in while you’re using HomePod as a speakerphone, you can answer it on HomePod and switch between calls. Here's how: