How to use the Touch Bar on your MacBook Pro

The Touch Bar at the top of the keyboard on your MacBook Pro adapts to what you're doing and gives you intuitive shortcuts and app controls when you need them.

Find system controls and settings in the Control Strip

When you start up your MacBook Pro, the Control Strip on the right side of the Touch Bar shows a few familiar buttons like volume, mute, and display brightness, as well as Siri. Tap the expand button in the Control Strip to access controls like brightness, Mission Control, Launchpad, and media playback.

To access the F1–F12 function buttons on the Touch Bar, press the Function (fn) button at the bottom left of your keyboard.

Explore the Touch Bar in apps

Many of the built-in apps on your Mac have Touch Bar controls that make common actions even easier. For example, in Mail, you can use Touch Bar for composing, replying, archiving, marking as junk, and flagging messages.

When you select text, the Touch Bar shows you formatting options like bold, italic, and lists.

Most apps, including most third-party apps, include shortcuts, tools, and controls in the Touch Bar for the tasks that you want to do. Tap around to see what you can accomplish quickly and easily.

In many apps, like Finder, Mail, and Safari, you can customize the Touch Bar.

Choose View > Customize Touch Bar. The customization window appears on your display, allowing you to choose your favorite items: 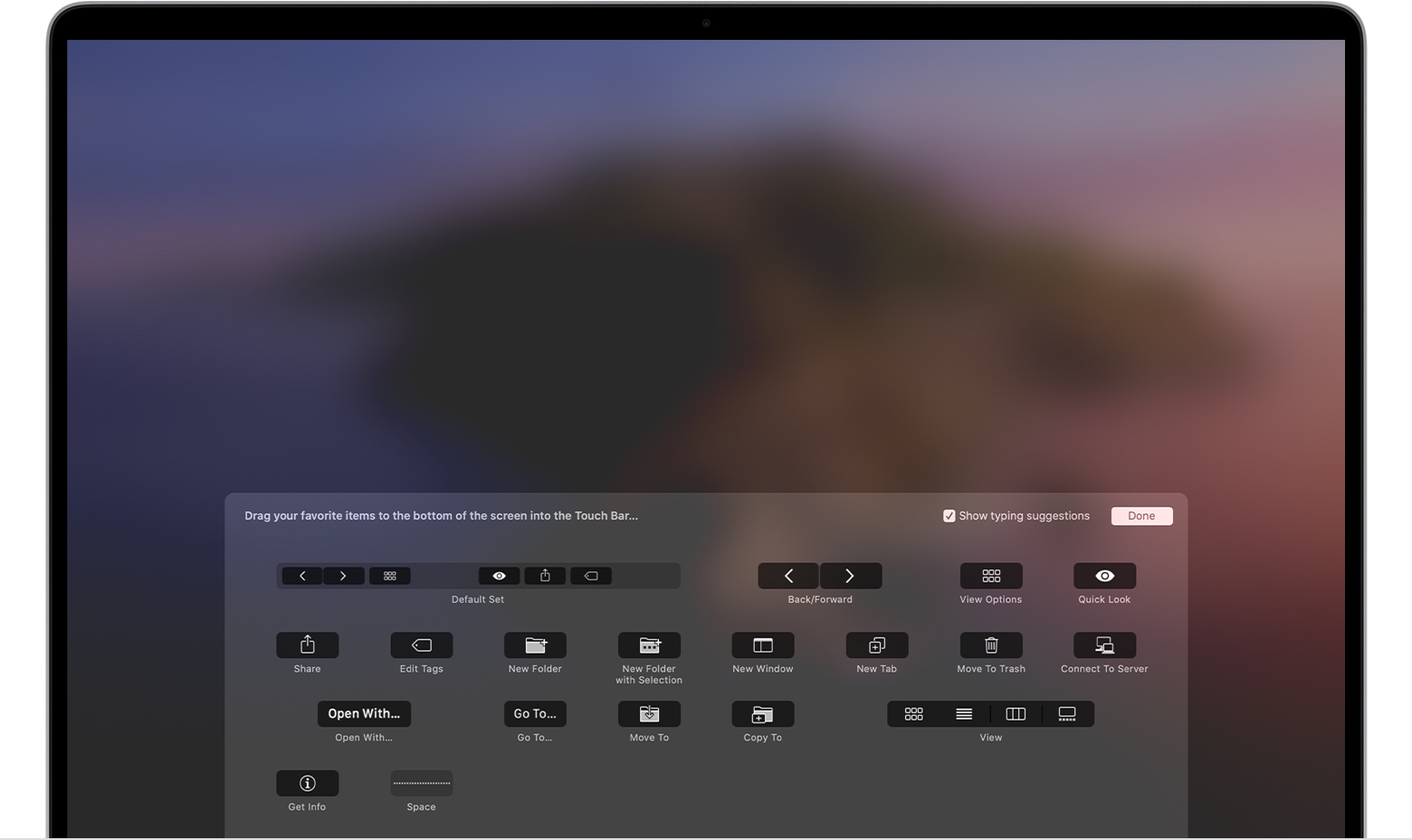 When you're customizing the Touch Bar, its buttons jiggle. Use your cursor to drag items that you want from the display down into the Touch Bar.

You can also add, remove, or rearrange Control Strip buttons, including Siri. 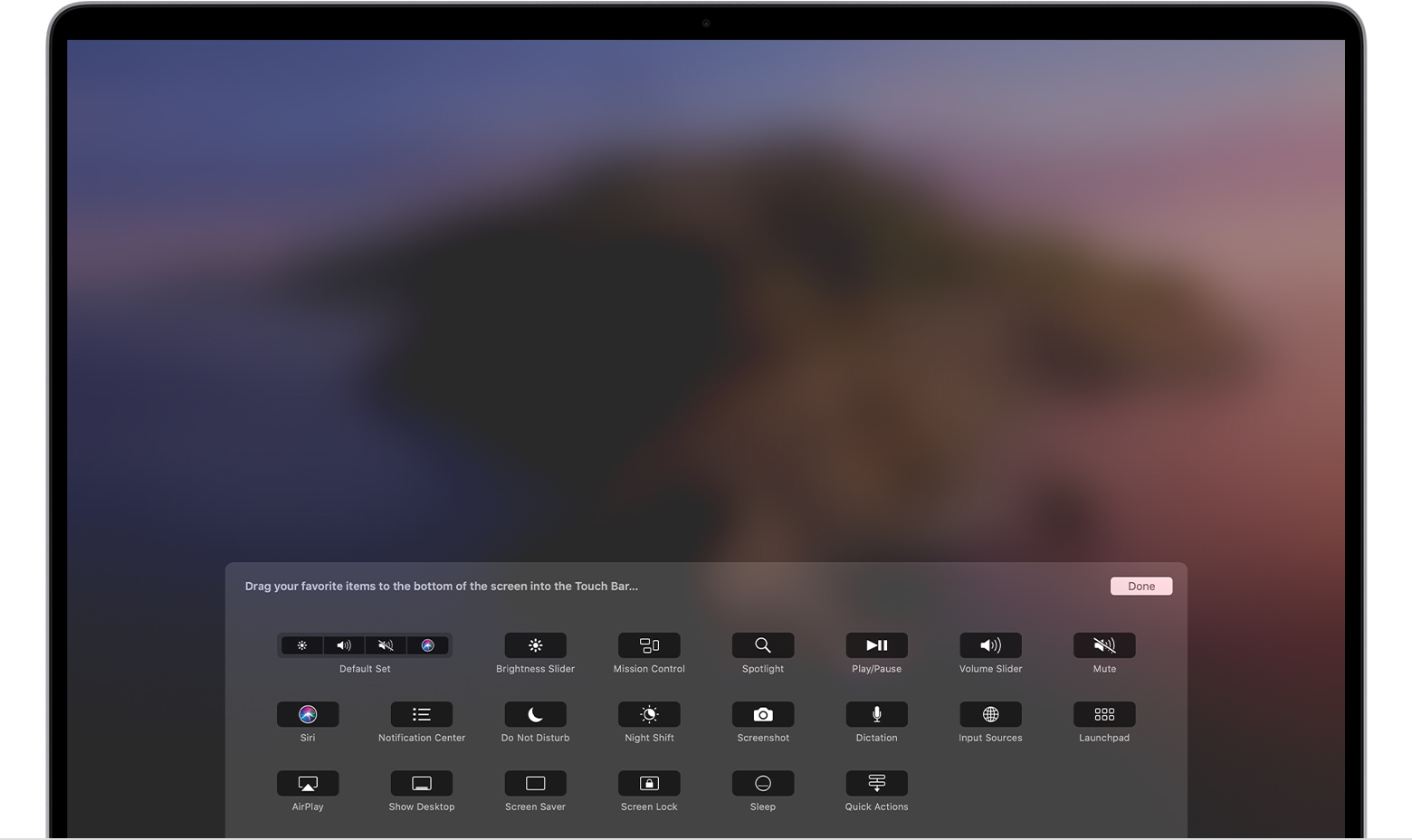 Then use your cursor to drag items that you want from the display down into the Control Strip.

Drag items left and right within the Control Strip to rearrange them, or drag them up and out of the Touch Bar to remove them. Click Done on the screen when you finish.

You can also enter Control Strip customization mode by clicking "Customize Control Strip" in the Keyboard section of System Preferences.

Use accessibility options with Touch Bar

The accessibility features that help you use your Mac can also help you use the Touch Bar. Hold the Command key while you press Touch ID (power button) three times to toggle VoiceOver, which reads aloud Touch Bar commands.