Update the firmware on your AirPort base station

Use AirPort Utility to update an AirPort base station, including AirPort Time Capsule, AirPort Extreme, or AirPort Express Base Station.

Apple periodically offers software updates (called firmware updates) that improve AirPort performance, security, and functionality. Here's how to make sure that your base station is up to date.

Restart your base station

If you can't restart using AirPort Utility, just unplug the base station for a few seconds, then plug it back in.

Check for a firmware update 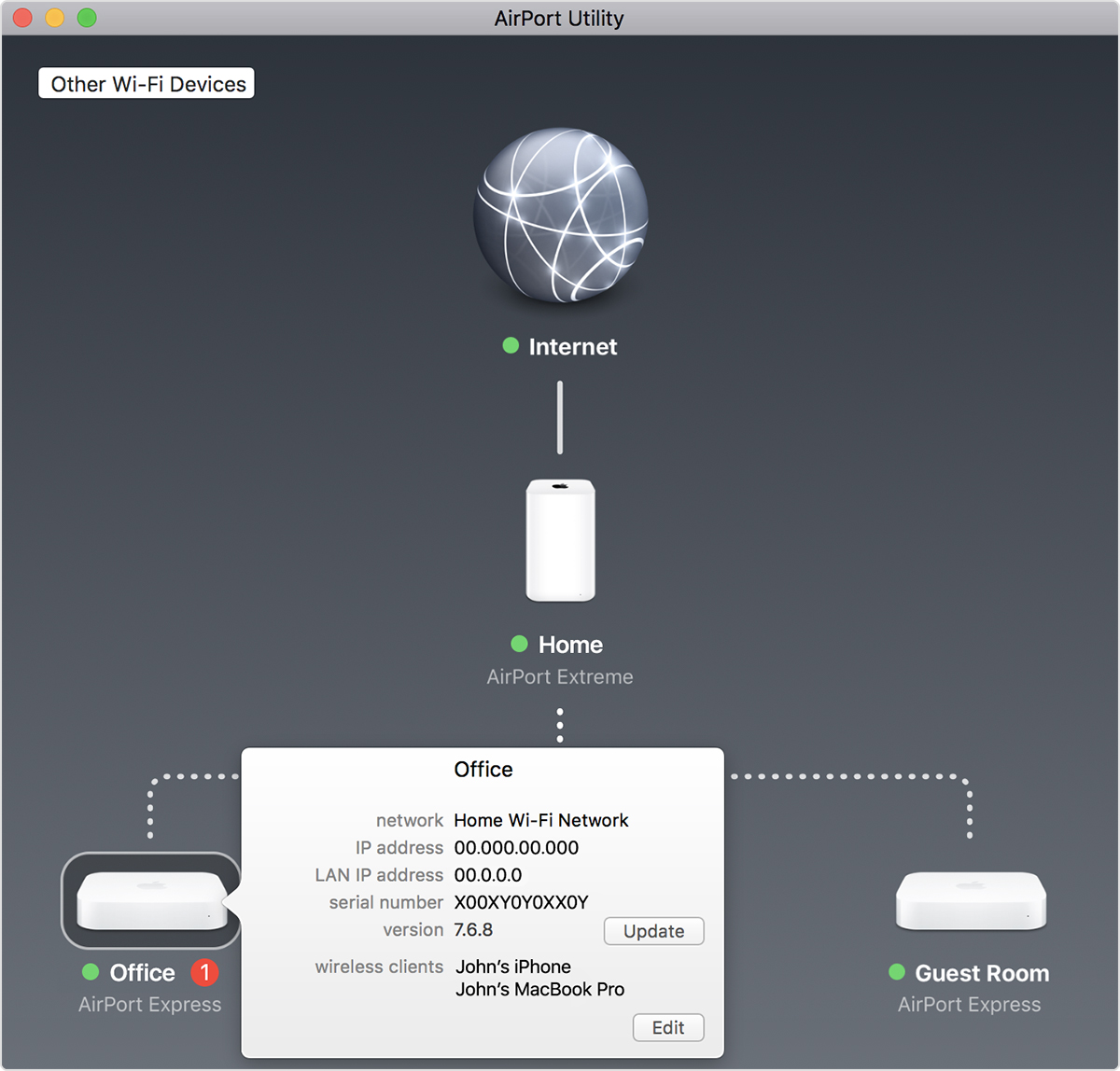 On an iPhone or iPad, the details screen shows a numbered badge next to Version when an update is available. Tap Version, then tap Download and Install. 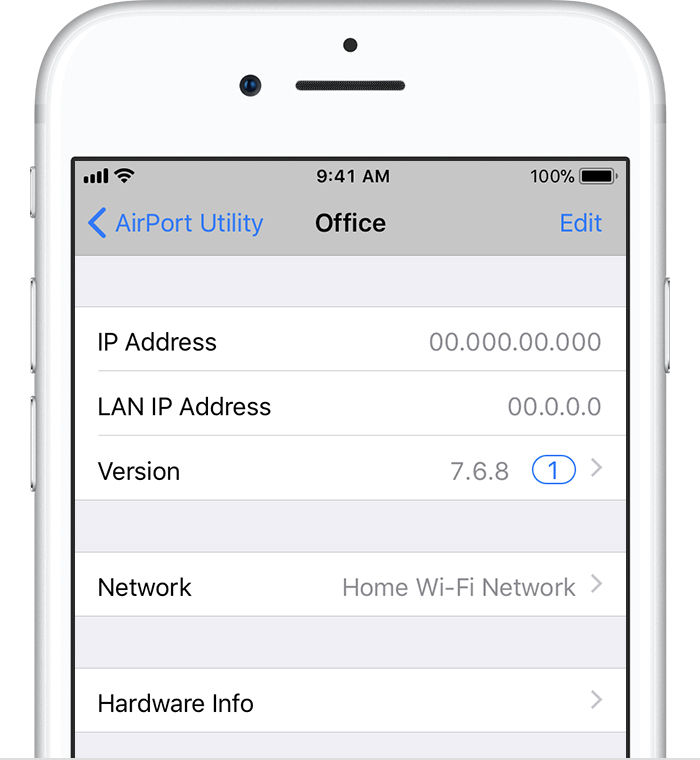 Your base station automatically restarts after the update is installed. Repeat these steps for any other base stations you're using. Update your primary base station last.

* On Mac computers with OS X Mountain Lion or Lion, use AirPort Utility 6.3.1. On computers with Snow Leopard or Leopard, use Airport Utility 5.6.1, which supports 802.11n models and the original AirPort Express.