If "Hey Siri" isn't working on your iPhone or iPad

If Siri doesn't respond when you say "Hey Siri," here are a few things to check. 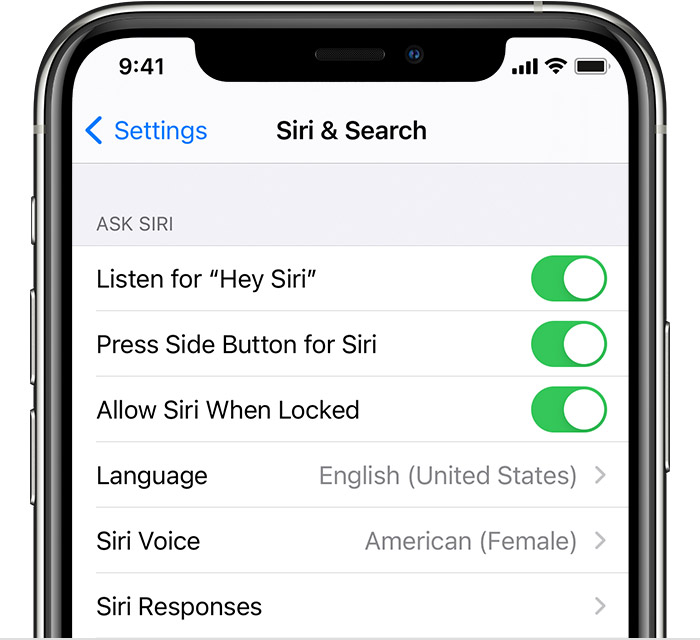 Check if "Hey Siri" is on

Set up "Hey Siri" to help Siri recognize your voice

By default, Siri won't respond when your device is face down or covered unless you go to Settings > Accessibility > Siri and turn on Always Listen for "Hey Siri."

Get help with Siri on your other devices

Siri availability, features, and commands varies by language, and country and region. Learn which Siri features are supported in your country or region.