Siri takes the work out of watching TV, finding apps, and more. Simply ask for movies, TV shows, or apps, and Siri finds them for you. It's that easy. 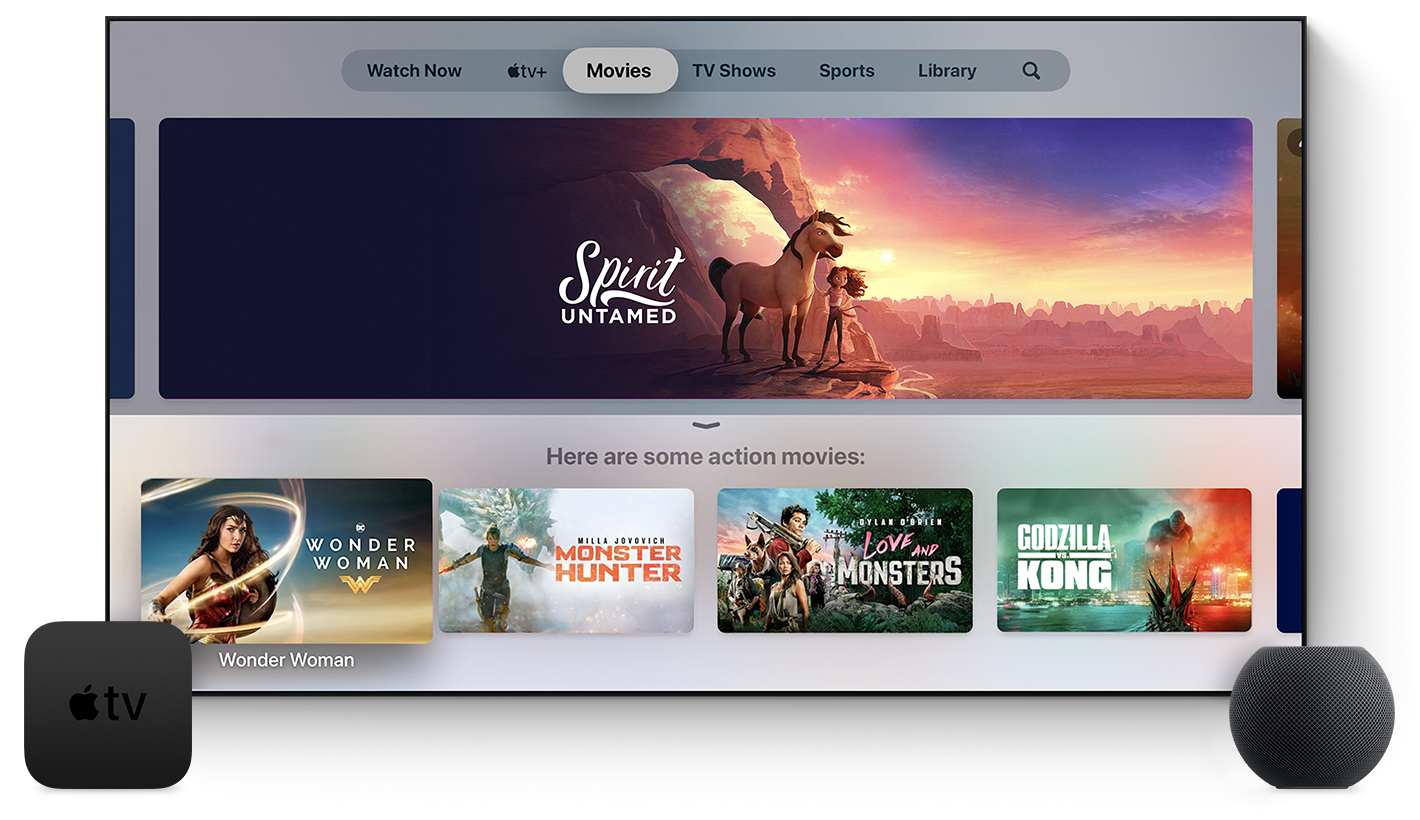 Hold down the Siri button on your Siri Remote, say what you want, then release the Siri button. If you have a HomePod, just say "Hey Siri," then say what you need. Make sure to end your request with "on the TV" to search, control playback, or play content on your TV.

Siri searches across popular apps, depending on your country or region, then shows your viewing options or the answer to your question. Siri won't talk to you, so it won't interrupt what you're listening to or watching.

If you can't turn on Siri