Make sure that the memory you plan to use is compatible with your computer. The Mac Pro supports both unbuffered UDIMMs and registered RDIMMs, but it is important not to mix these types of memory. All DIMMS must be 240 pin DIMMs and support voltages of 1.5V or 1.35V. DIMMs that are not properly installed or do not meet the system requirements may effect system performance or not be recognized. DIMMs with heat sinks are not supported and may damage the DIMM mechanism. 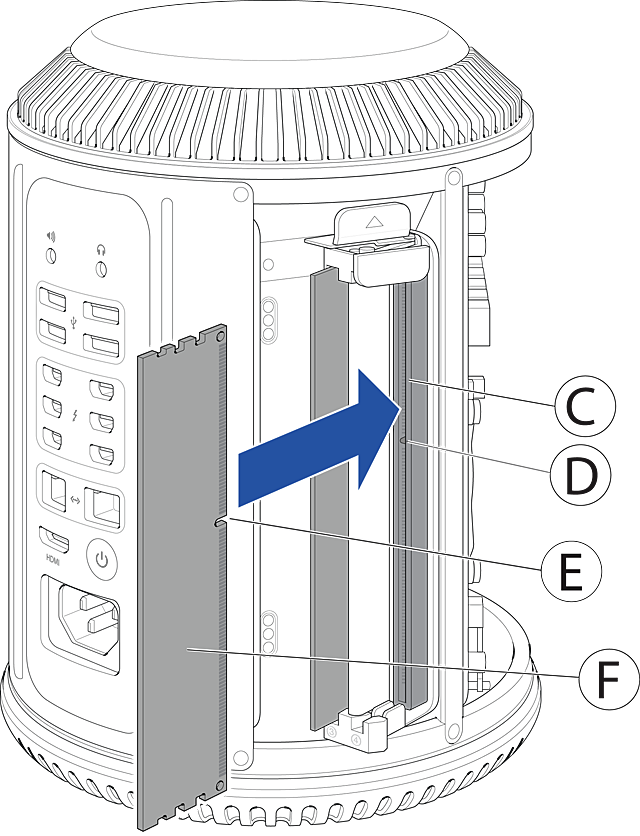 If your Mac doesn't start up properly after installing memory, you might have mixed UDIMMs and RDIMMs. Mixing UDIMMs and RDIMMs will result in a memory error tone when you turn on your computer. Check the memory requirements for your Mac.

If your computer detects an issue with its memory (RAM), you might hear the following tones.

One beep every 5 seconds

Your Mac isn't detecting any memory (RAM). If you recently added or replaced memory, make sure that it's properly installed.

The memory in your Mac didn't pass an integrity check. If you added or replaced memory, make sure that it's properly installed.