How to force an app to quit on your Mac

If an app stops responding and you can't quit the app normally, use these steps to force the app to quit.

To quit a Mac app normally, choose Quit from the app's menu in the menu bar, or press Command-Q. If the app doesn't quit, follow these steps to force the app to quit.

Force an app to quit

Press these three keys together: Option (or Alt), Command, Esc (Escape).1 Or choose Force Quit from the Apple menu  in the corner of your screen.

A Force Quit window opens. Select the app that you want to quit, then click Force Quit: 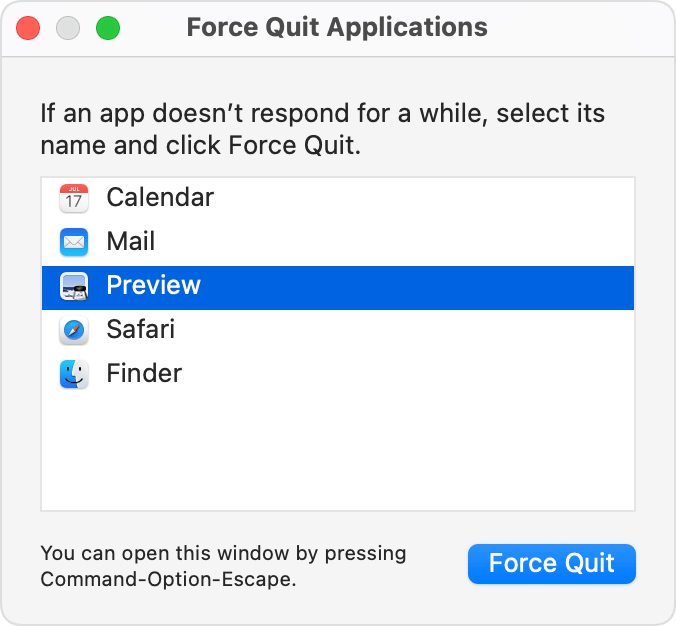 The Finder is always open, but if it stops responding, you can force it to quit and then open again: Select Finder in the Force Quit window, then click Relaunch.

If you can't force the app to quit

If your Mac won't restart, force your Mac to turn off:

1. Even computers that have a Touch Bar have an Esc key. It's on the left side of the Touch Bar.