Use Shazam to identify songs and find new music

Use Shazam to find out what you're hearing on the radio, in a store, or anywhere else you hear a song. Then, check your Shazam library to find songs you’ve identified, and discover new music based on what you’ve Shazamed.

Shazam identifies a song by creating a unique digital fingerprint to match what you’re hearing with one of the millions of songs in the Shazam database. You can use Shazam with iPhone, iPad, Mac, and Apple Watch, as well as Android and Wear OS devices. 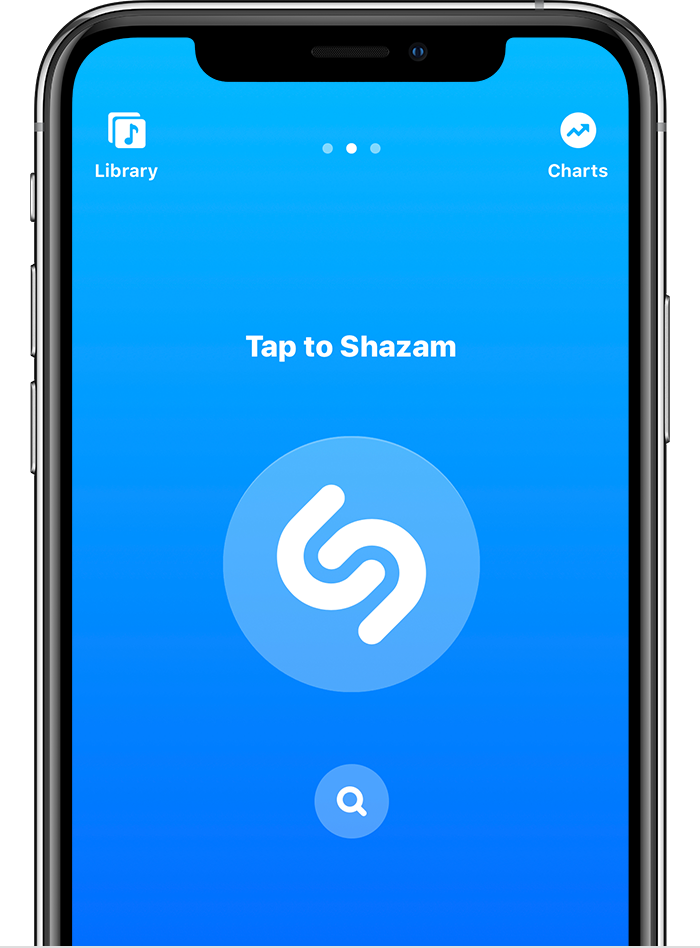 After you identify a song, you can connect to Apple Music and other music services to listen to your Shazam.

If you don’t have an internet connection, the app still creates a unique digital fingerprint to match against the Shazam database the next time your device is connected to the internet. If a song can’t be identified, it will disappear from your pending Shazams.

To have Shazam automatically identify what’s playing around you, press and hold the Shazam button

. When Auto Shazam is on, Shazam matches what you’re hearing with songs in the Shazam database—even when you switch to another app. Shazam never saves or stores what it hears.

You can then find the Shazams identified with Auto Shazam in your Library, grouped together by date.

To turn off Auto Shazam, tap or click the Shazam button.

After Shazam identifies a song, the song is saved in your Shazam Library: 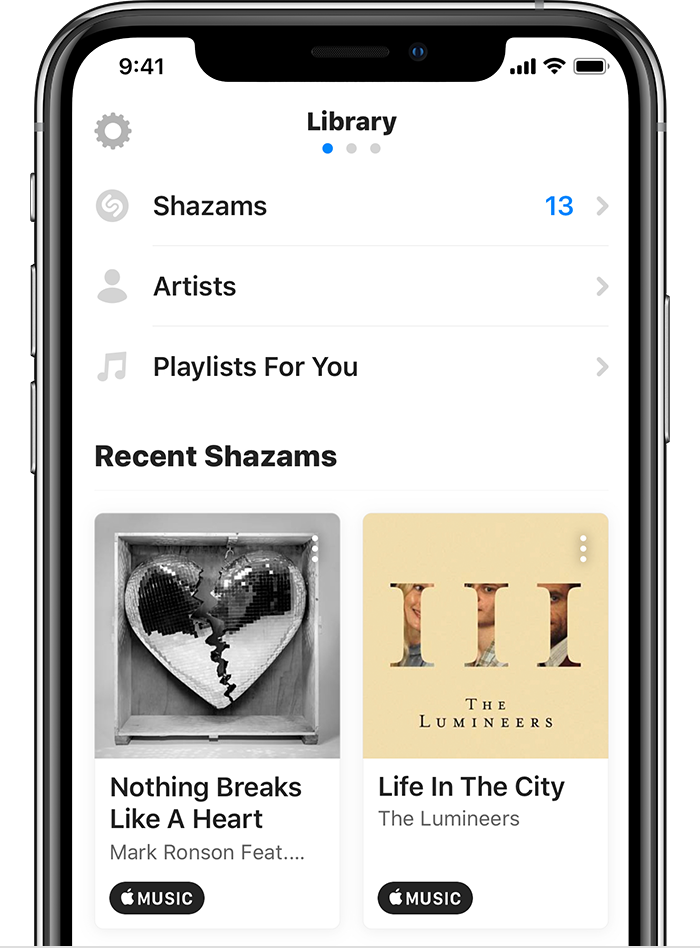 In the Shazam app for iOS or Android, go to the Library, then tap the gear icon

. There, you can adjust Shazam settings: 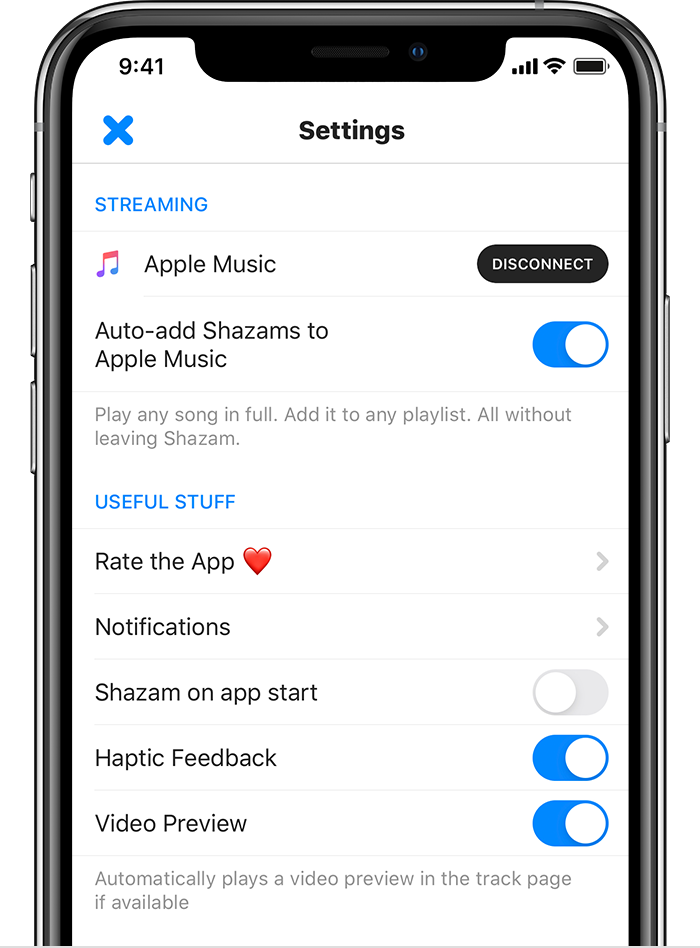 Shazam needs access to the microphone on your device to hear what you're listening to. On iPhone or iPad, open Settings, scroll down to the installed apps and tap Shazam, then turn on Microphone. If you don’t see an option for Microphone, you might have restrictions turned on for Privacy settings.