Learn how to quickly add drums to your project using Drummer Loops, a type of Apple Loop that you can customize to fit your project.

Logic Pro X 10.3.2 includes a variety of Apple Loops powered by Drummer. Quickly add beats to your project by dragging a Drummer loop from the Loop Browser into your project. Choose from variety of Drummer Loops for each drummer. 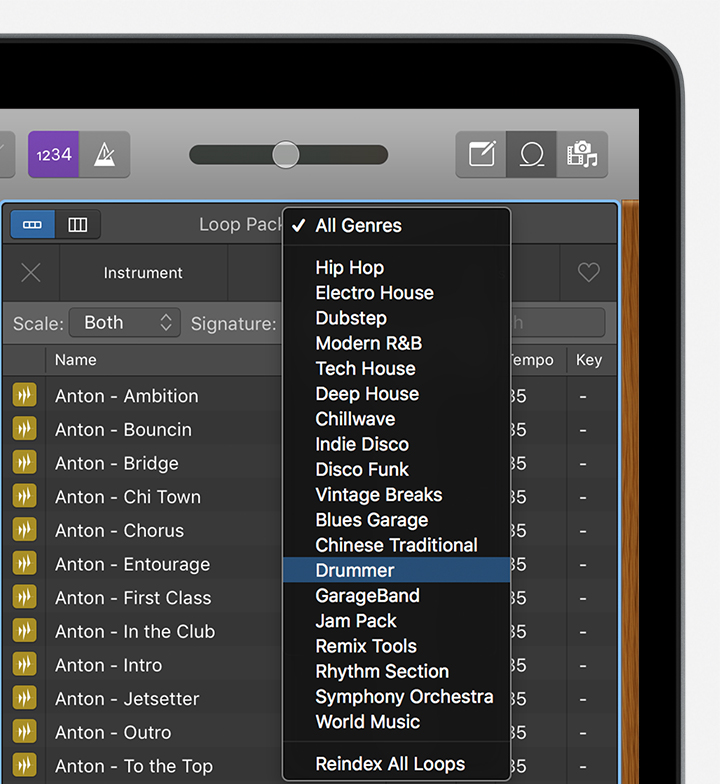 in the upper-right corner of the Logic Pro X window, or press the letter O on your keyboard.

Drummer Loops appear in the Loop Browser with a yellow icon

Add a Drummer loop to your project

You can now edit the performance as you would any other Drummer track using the Drummer Editor. You can also create your own regions in the track, and edit them freely. 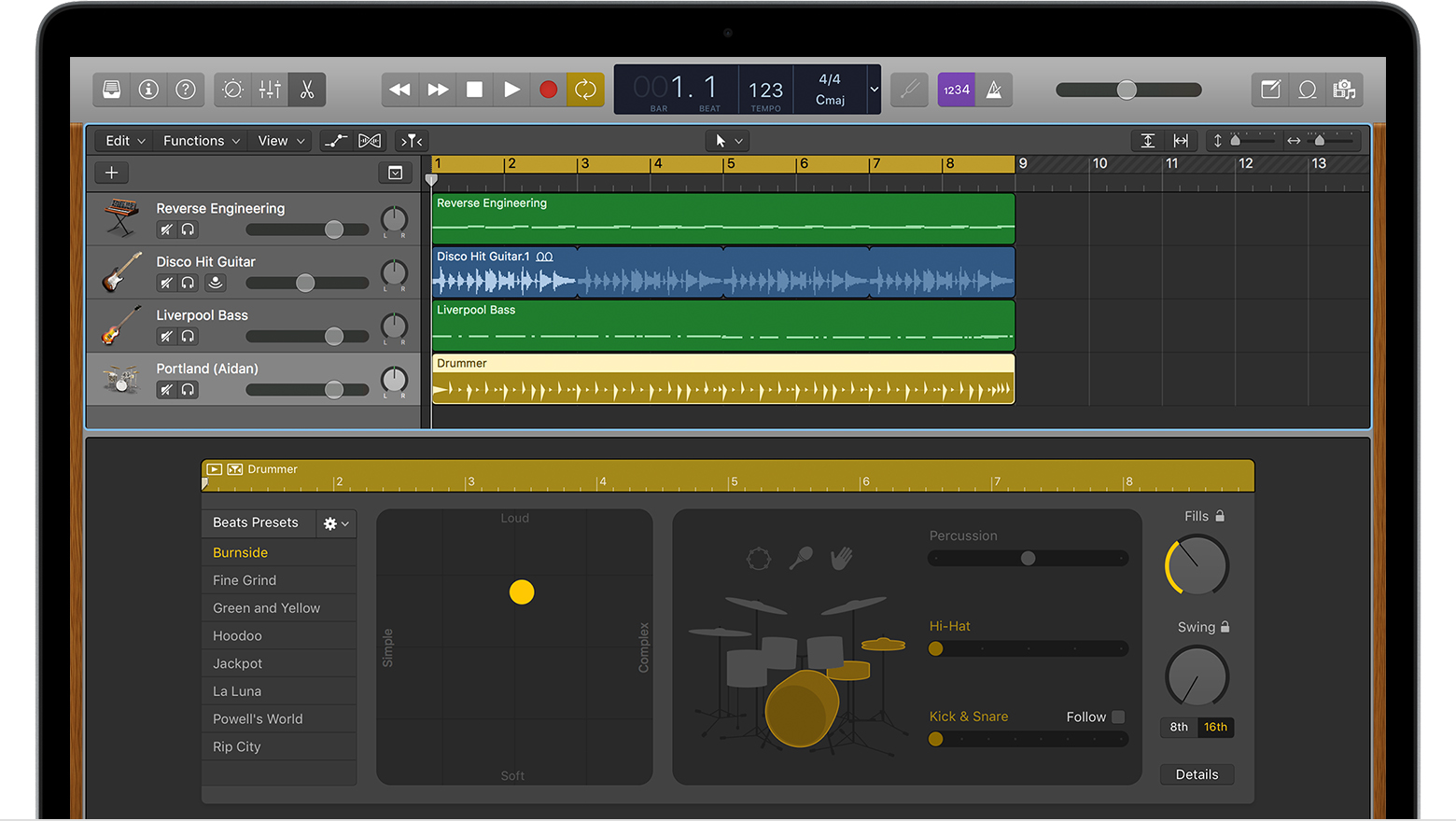 Each Drummer Loop is played by a specific drummer. You can add Drummer Loops generated by different drummers into the same project, but there are some limitations. First, you can only add Drummer Loops to an existing Drummer track if it's of the same type (Acoustic, Electronic, or Percussionist). If you drag the Drummer Loop to a track played by a different drummer, Logic Pro automatically creates a new Drummer track with the drummer assigned to that loop. Second, adding Drummer Loops from multiple Drummers to the same track may cause the loop to sound different from the preview. The drum kit changes and the new drummer will interpret the settings in its own way.