Forms make it easy to enter data into spreadsheets on smaller devices such as iPhone, iPad and iPod touch.

In Numbers on iPhone, iPad and iPod touch, you can enter data into a form, then Numbers will automatically add the data to a table that’s linked to the form. Forms work really well for entering data into simple tables that have the same kind of information, such as contact information, surveys, inventory or class attendance.

And when you use forms with Scribble, you can write directly in a form with an Apple Pencil on supported devices. Numbers converts handwriting to text and then adds the data to the linked table.

Create and set up a form

When you’ve finished making changes to your form, tap Done to see the first record and to enter data into the form. To see the linked table, tap the table button

You can rename the form and the sheet containing the linked table. Tap the spreadsheet or form name, tap Rename, type a new name and then tap anywhere outside the text field to save it.

Enter data into a form 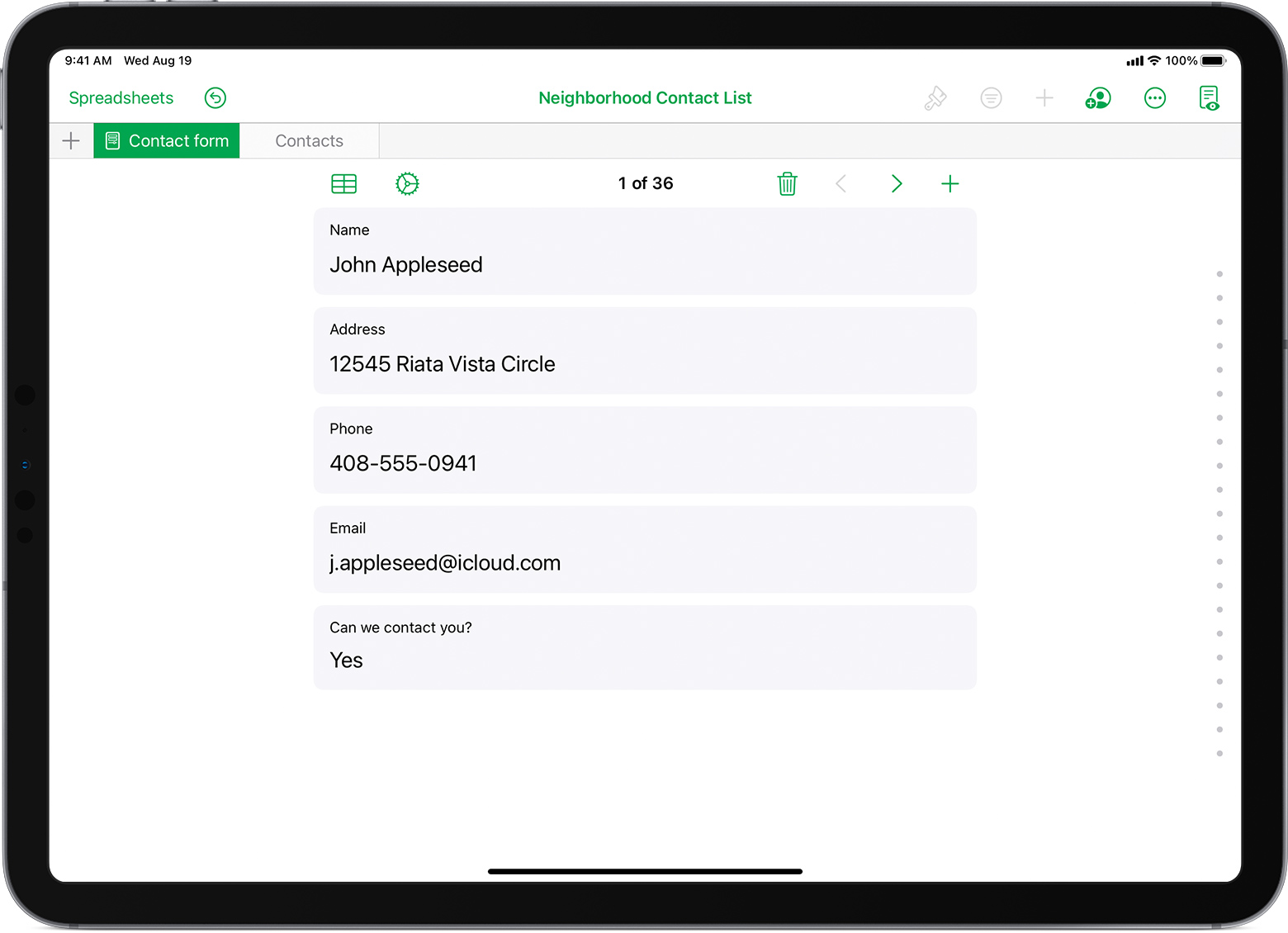 To type data into a form, tap the tab for the form, tap a field in the form and then enter your data.

Here's how to navigate records in a form:

To add a record, tap the add button. A new row is added to the linked table.

If you need to edit the form again, tap the settings button

When you pair an Apple Pencil with a supported iPad, Scribble is on by default.* To check the Scribble setting, or to turn it off, go to Settings  > Apple Pencil on your iPad.

To write in a form, tap the form tab and then write in the field. Your handwriting is turned into text and automatically appears in the linked table.

* This feature is only available in English, Traditional Chinese and Simplified Chinese with iPadOS 14 or later.