Announce Messages with Siri on AirPods

When you're wearing your AirPods or compatible Beats headphones, Siri can announce your incoming messages. Then you can reply instantly, hands-free.

Siri can announce your incoming messages with these headphones:

Your compatible headphones need to be paired with one of these devices: 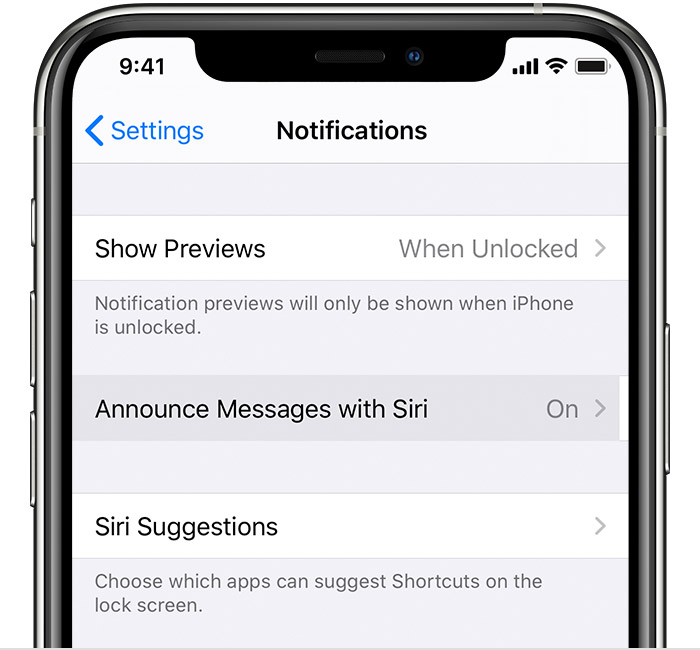 How to turn on Announce Messages with Siri

With this feature turned on, Siri reads your incoming messages out loud when your headphones are connected to your iPhone or iPad, you're wearing them, and your device is locked. Siri plays a tone, then announces the sender's name and reads the message. If a message is long, Siri announces the sender's name and just says that they sent you a message. You can ask Siri to read the full message, or you can open your iPhone or iPad to read it.

In Settings > Notifications > Announce Messages with Siri, you can also manage which contacts Siri reads messages from. Tap Messages, then select from Favourites, Recents, Contacts or Everyone.

How to reply to messages

You can get Siri to send your reply immediately, without reading it back first. Go to Settings > Notifications > Announce Messages with Siri and turn on Reply Without Confirmation.

If you're receiving multiple messages at the same time, you can quickly pause Announce Messages with Siri by taking out one of your AirPods or removing your headphones.

If you can’t hear Siri announcements

If you can’t hear Siri announcing your messages, try these steps: