Siri takes the work out of watching TV, finding apps and more. Simply ask for films, TV shows or apps, and Siri finds them for you. It’s that easy. 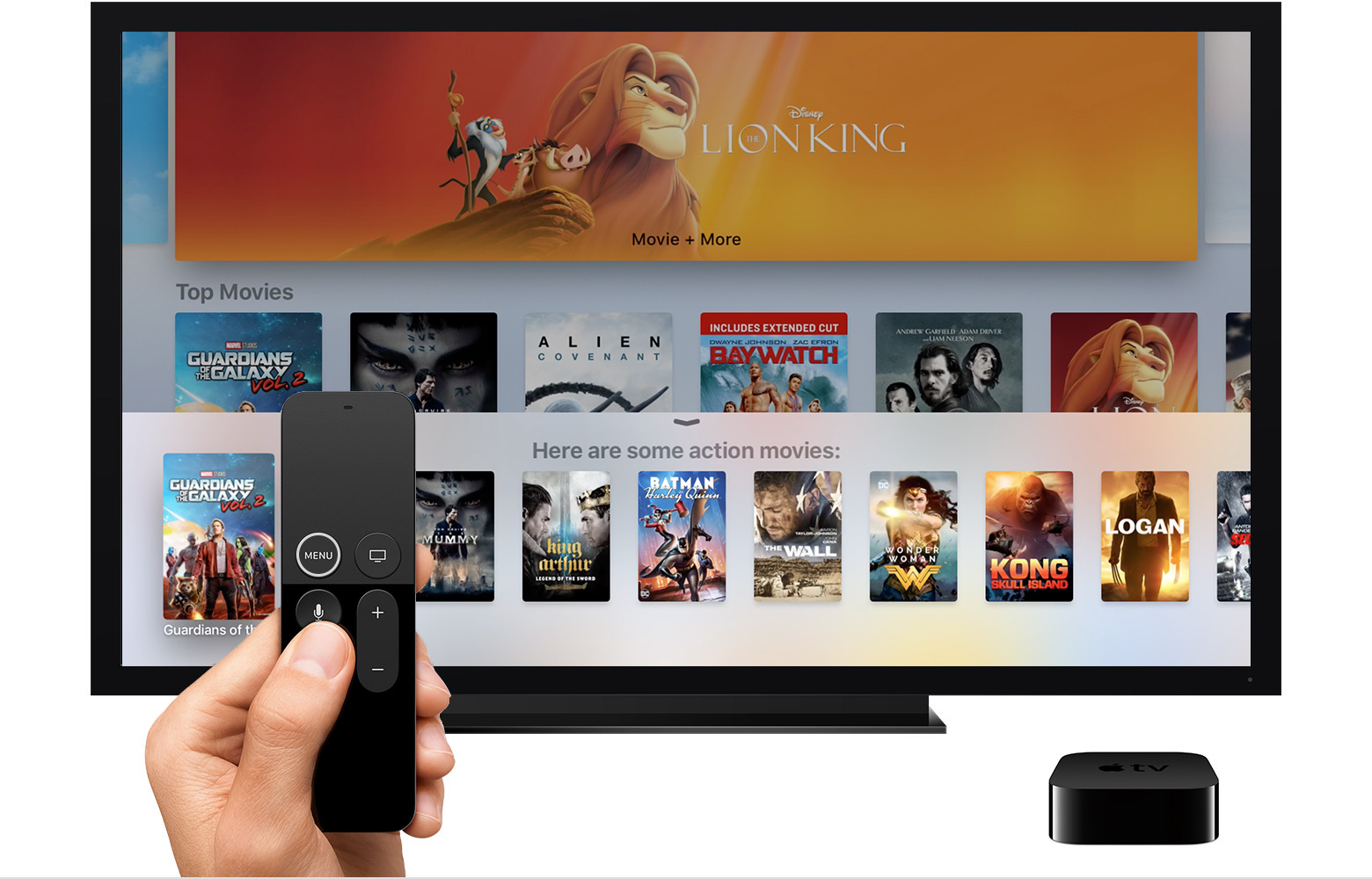 Here’s where you can use Siri

Hold down the Siri button on your Siri Remote, say what you want, then release the Siri button. Siri searches across popular apps, depending on your country or region, then shows your viewing options or the answer to your question. Siri won’t talk to you, so it won’t interrupt what you’re listening to or watching.

Search by title
If you know the title that you want to watch, you can search by title. If there’s more than one choice, Siri gives you the option to choose the correct one. For example:

Control what’s playing
While you’re watching a video, you can ask Siri about the show, change your settings and more. For example:

Siri can provide sports scores, check your weather forecast and open apps. Siri also recognises the name of onscreen labels, so you can use your voice to navigate your Apple TV.

See the latest sports scores or ask about schedules, teams or players.

You can also swipe up on weather, sports and stocks for more information.