The CPU Load History window in MainStage can help you see which plug-ins or software instruments might be causing performance issues. 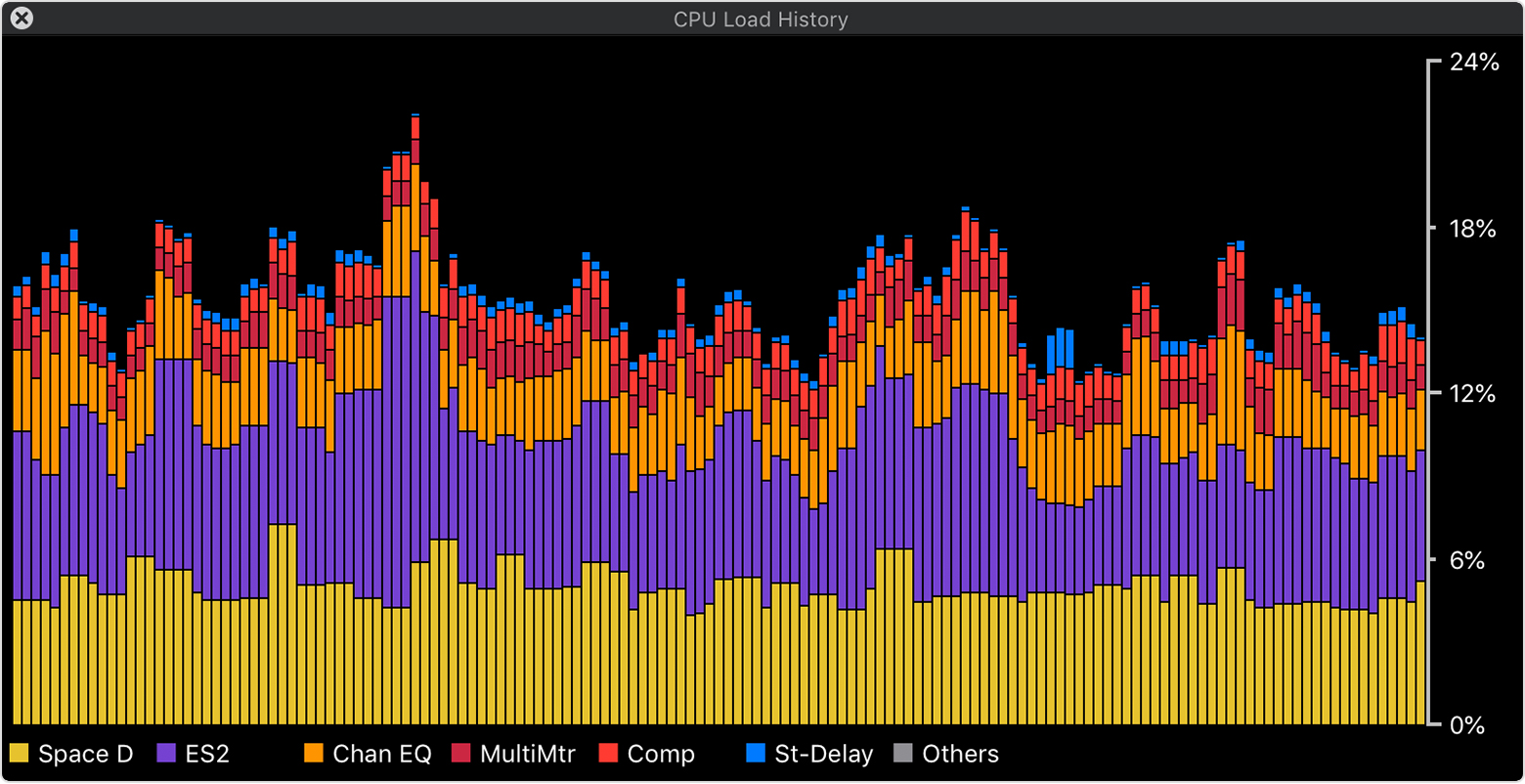 Vertical bars show how much CPU processing MainStage is using to produce sound. Each bar is divided into color-coded segments. Each segment corresponds to a plug-in or instrument that you're currently using. The legend at the bottom of the window shows the color associated with each plug-in or instrument.

The amount of CPU processing needed to play a MainStage patch depends on several things: