The warning messages displayed below are examples, and it's possible that you could see a similar message that isn't displayed here. Please use caution if you choose to install any software for which your Mac displays an alert. 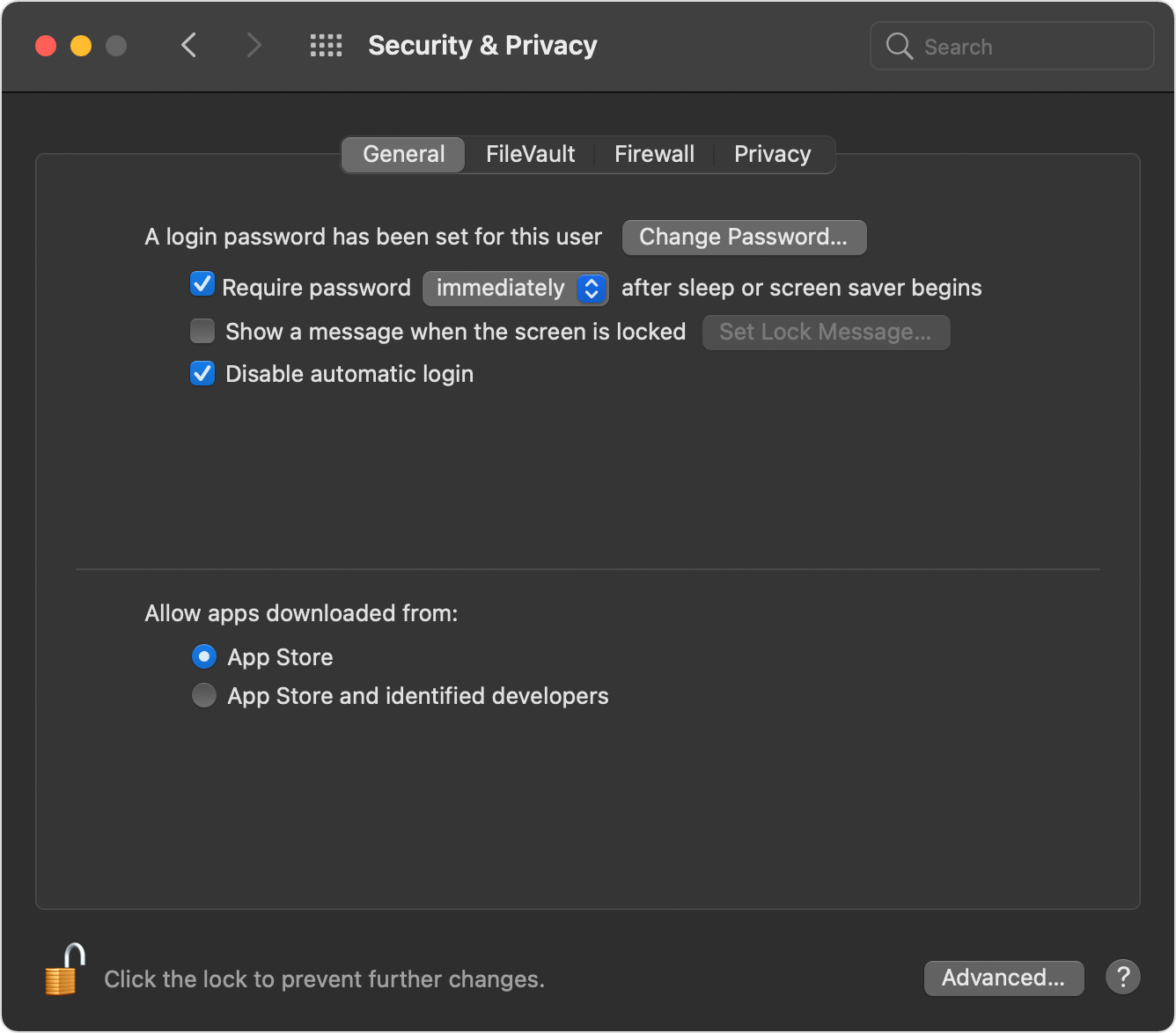 An app that has been notarized by Apple indicates that Apple checked it for malicious software and none was detected. 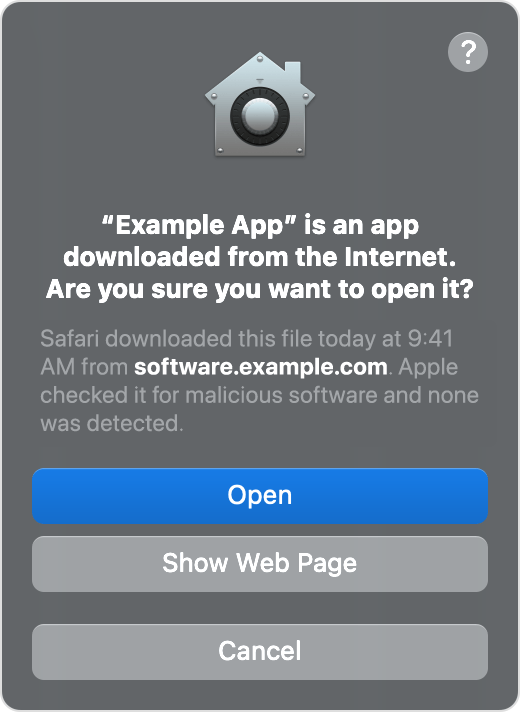 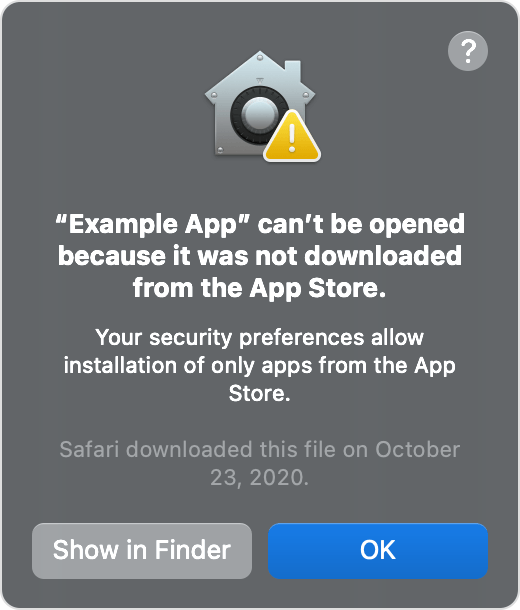 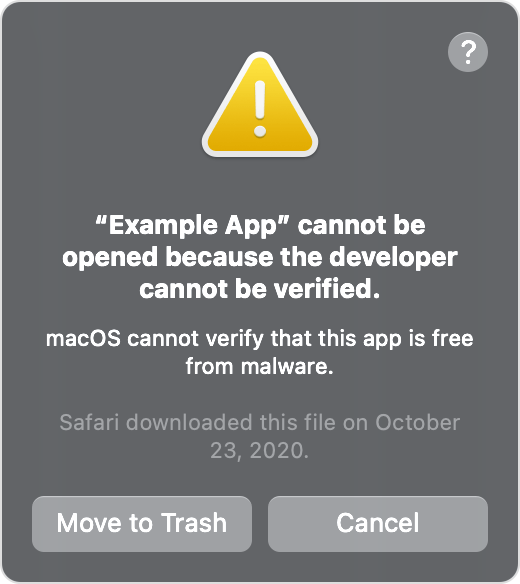 If macOS detects that software has malicious content or its authorization has been revoked for any reason, your Mac will notify you that the app will damage your computer. You should move this app to the Trash and check "Report malware to Apple to protect other users." 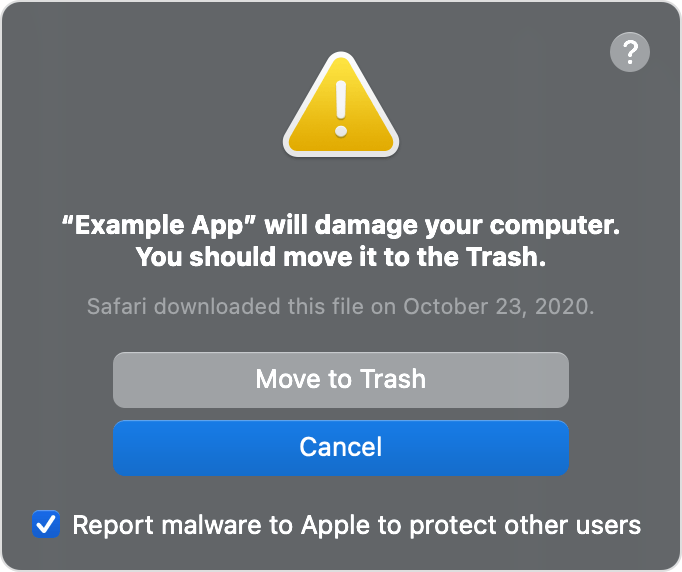 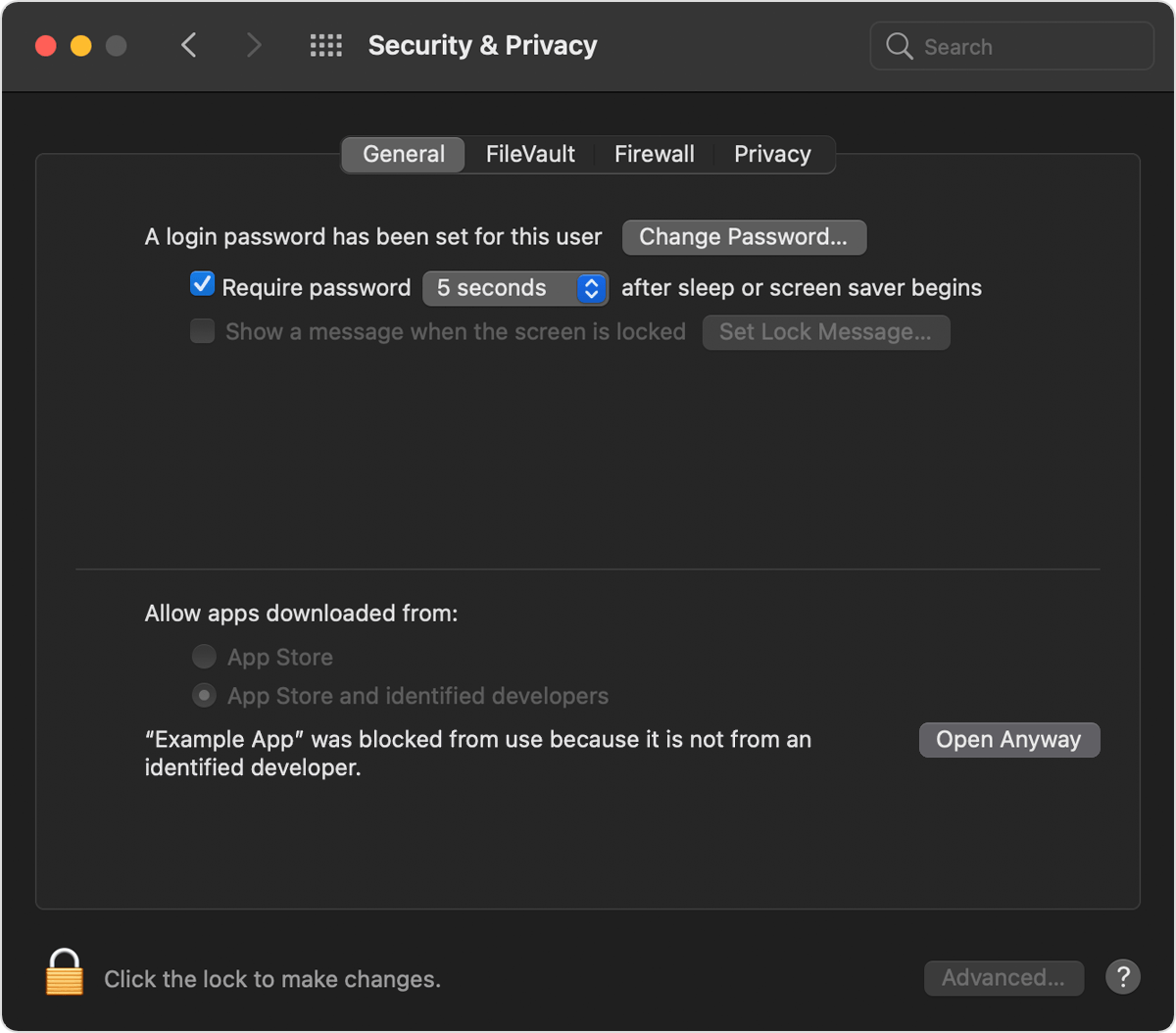 The warning prompt reappears, and if you're absolutely sure you want to open the app anyway, you can click Open.

* If you're prompted to open the app in Finder and you're sure you want to open it despite the warning, you can control-click the app, choose Open from the menu, and then click Open in the dialog that appears. Enter your admin name and password to open the app.