Use Shazam with Apple Music, Snapchat and more 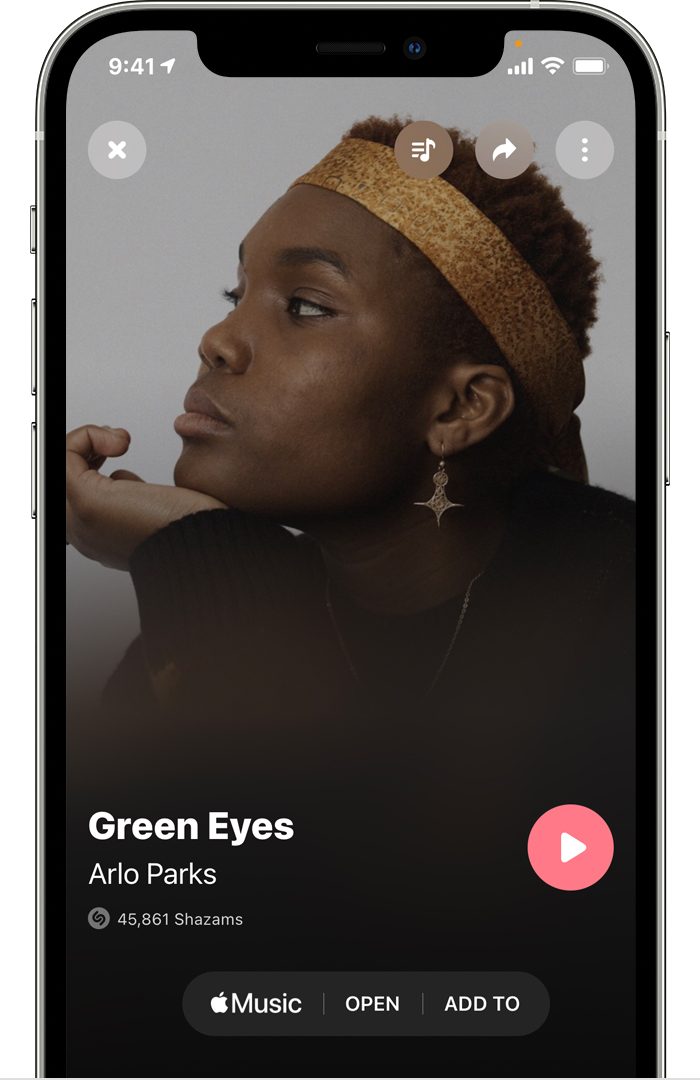 Tap the Apple Music button near a Shazam to listen to that song in Apple Music. If you're an Apple Music subscriber, songs that you've Shazamed can be automatically added to a playlist called My Shazam Tracks in the Music app. On iPhone or iPad, swipe up to My Music from the main Shazam screen, tap the Settings button

, then turn on "Sync Shazams to Apple Music."

If you can't add songs to a playlist, make sure that you sync your music library with Apple Music.

Once you've connected Shazam to your Spotify account, you can listen to your Shazams:

next to a Shazam and then choose Open in YouTube Music.

YouTube Music is not available in Shazam on iPhone, iPad or iPod touch.

Shazam is built in to Snapchat — you don’t need the Shazam app or a Shazam account to use Shazam with Snapchat.