How to edit videos on your iPhone, iPad, iPod touch or Mac

The Photos app lets you change the length of your video or slow it down directly from your iPhone, iPad, iPod touch or Mac.

Got a video that's too long to send via Mail or Messages? Or maybe you just want to share part of a video with your friends and family? With the Photos app, you can change the start and stop time to make your video shorter.

How to trim a video on your iPhone, iPad or iPod touch

How to undo a video trim

On your iPhone, iPad or iPod touch, open the video that you trimmed. Tap Edit. Tap Revert, then tap Revert to Original.*

* If you're editing a video that you created using the Save Video as New Clip function, tapping Revert to Original will undo any edits that you've made, such as adjusting exposure or adding a filter. However, it won't restore the video to its original length. 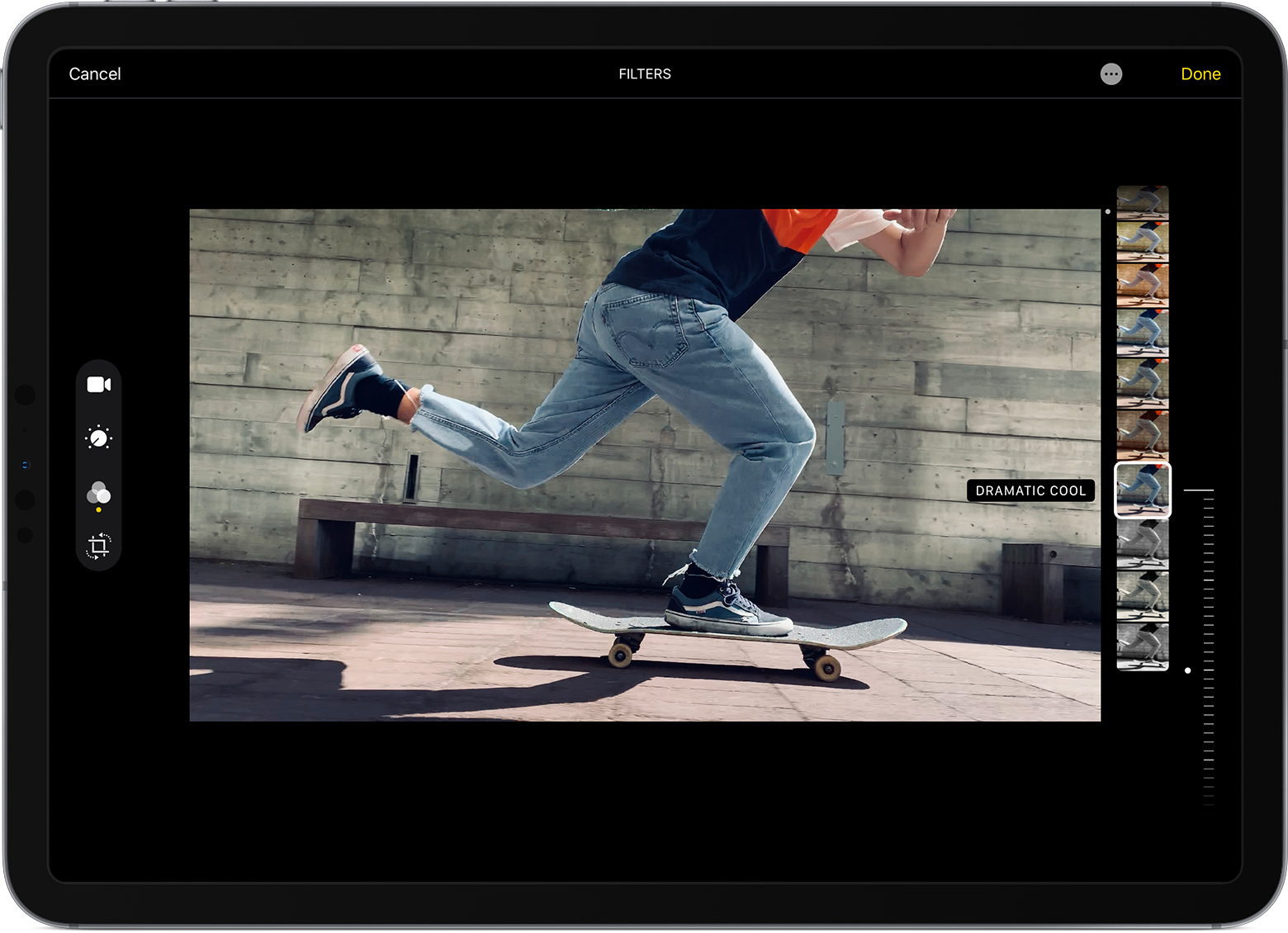 On your Mac, open the Photos app and click Edit to adjust the look of your video. If you're not happy with your changes, click Revert to Original or Reset Adjustments.

After you have made a recording in the slo-mo camera mode, you can edit which part of your video plays with the slow motion effect. That means your video can be played at regular speed, but slow down for the details that you don't want your viewers to miss. 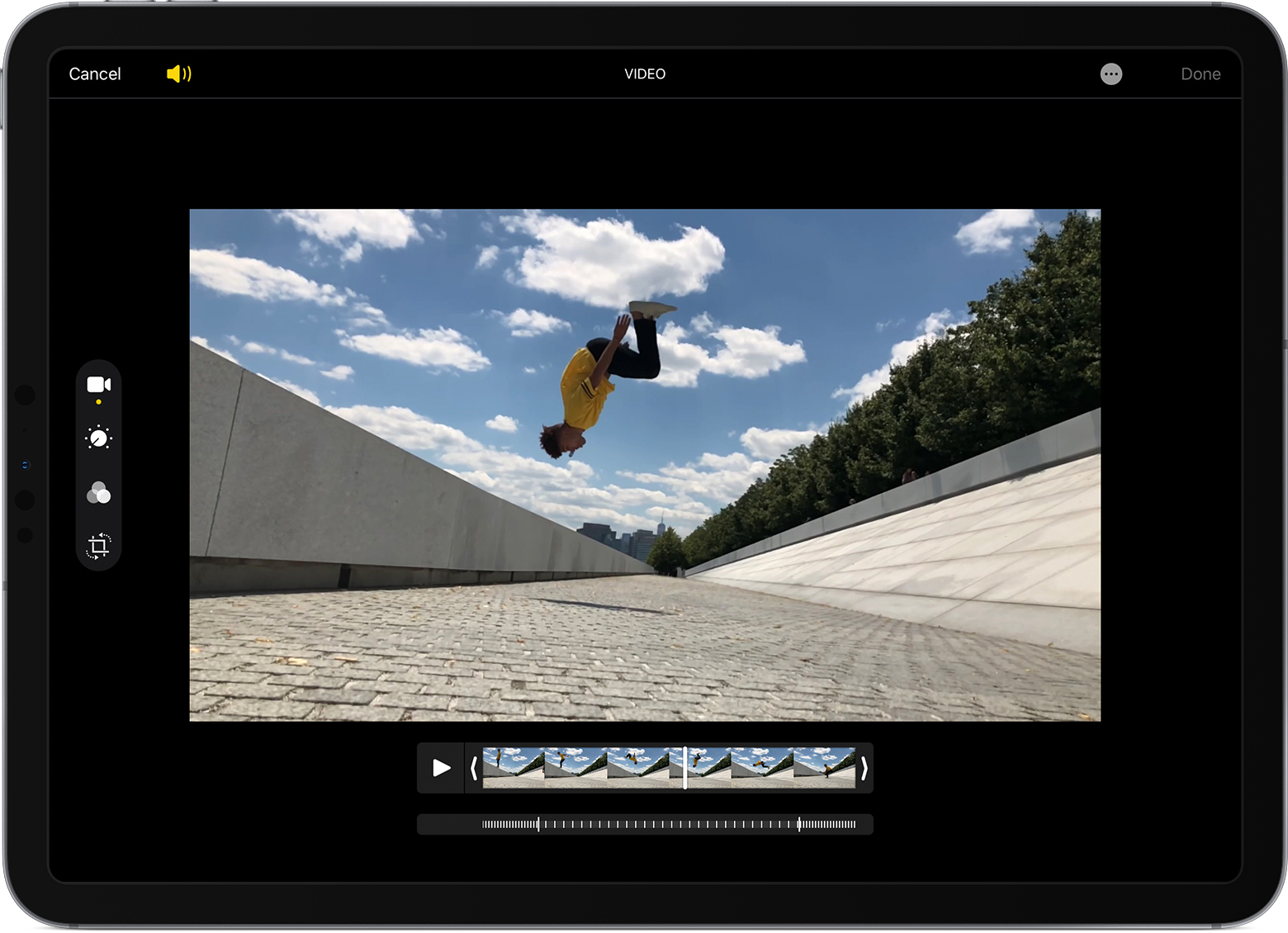 On your iPhone, iPad or iPod touch, tap Edit on the slo-mo video that you want to edit. On your Mac, just hover over the video. Then use the vertical white lines in the video timeline to set when slo-mo begins and ends.