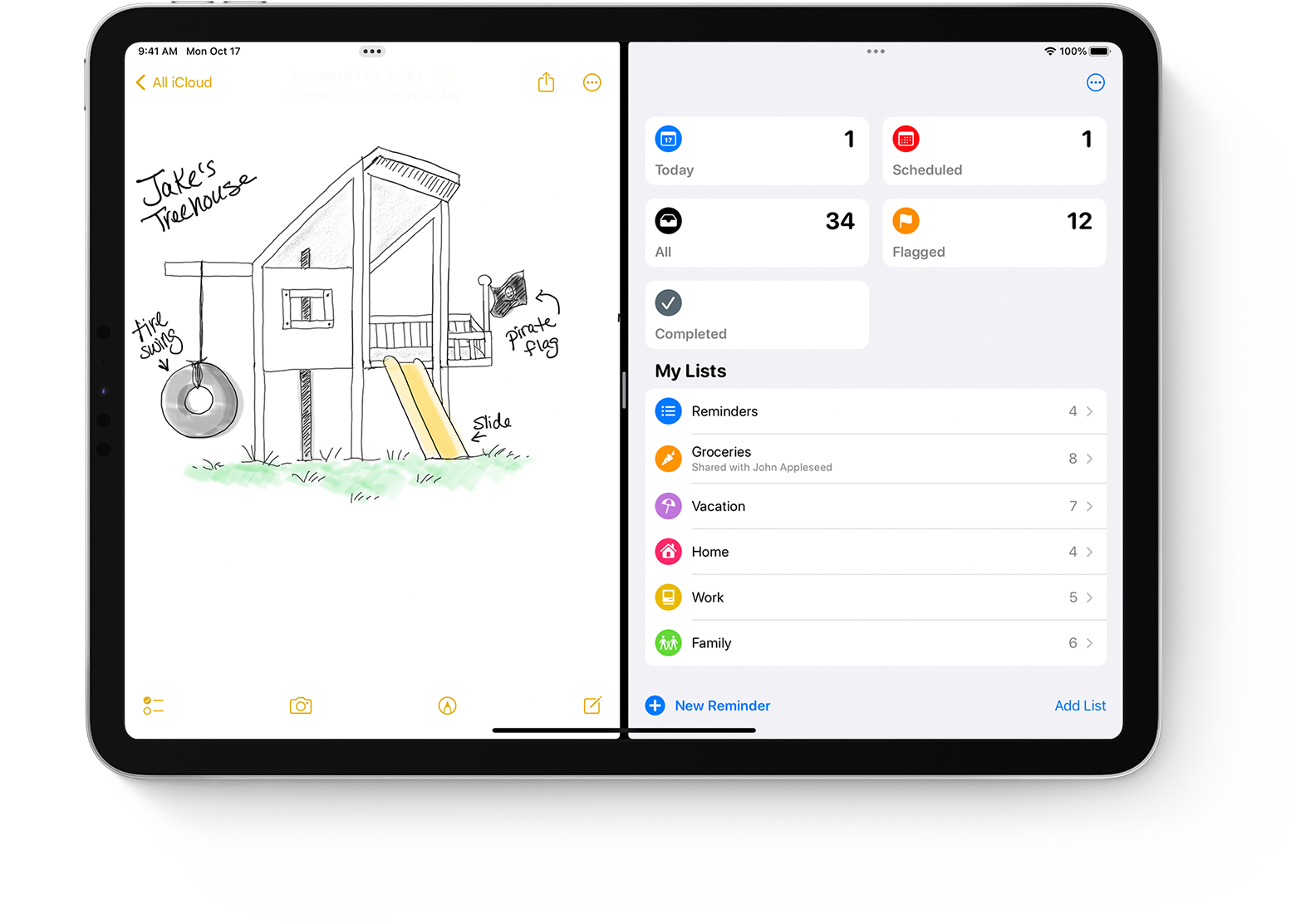 Split View: In Split View, two apps appear side by side. You can resize the apps by dragging the slider that appears between them.

Slide Over: With Slide Over, one app appears in a smaller floating window that you can drag to the left or right-hand side of your screen.

Centre window: In some apps, you can open a centre window that lets you focus on a specific item, such as an email or a note.

You can get started with multitasking by using the Multitasking menu, the Dock or Spotlight.

How to open a centre window on your iPad

To close the centre window, tap Done or Close. You can also tap the Multitasking button

, then tap one of the buttons to change the centre window to full screen, Split View or Slide Over.

When you have multiple apps open, you can make adjustments to customise your multitasking experience.

Tap one of the thumbnails to open the window. You can also swipe up on a thumbnail in the shelf to close that window. In some apps you can also open a new window by tapping New Window

With drag and drop, you can move text, photos and files from one app to another. For example, you can drag text from Safari into a note, an image from Photos into an email or a calendar event into a text message.

You can use Multitasking gestures on your iPad to quickly see the app switcher, switch to another app or return to the Home Screen:

Use apps while you're watching a video with Picture in Picture

To move the video, drag it to another corner. To return the video to full screen, tap the Full Screen button

in the left-hand corner of the video. You can also hide the video by dragging it to the left- or right-hand edge of your display. Tap the arrow button to make the video reappear.

You can use Picture in Picture with iPad Pro, iPad (5th generation and later), iPad Air 2 and later or iPad mini 4 and later.