Aperture: Tips on working with Photoshop

Aperture offers the capability to edit your photos with an external editor, such as Adobe Photoshop. Learn about how adjustments made in Aperture and edits made in Photoshop are handled as you send images between the applications.

As you work with Aperture and Photoshop, it is useful to understand how changes made in each application to an image affect what you see in the other. Here's a basic example workflow:

Below is an example image that you might plan to edit with both Aperture and Photoshop: 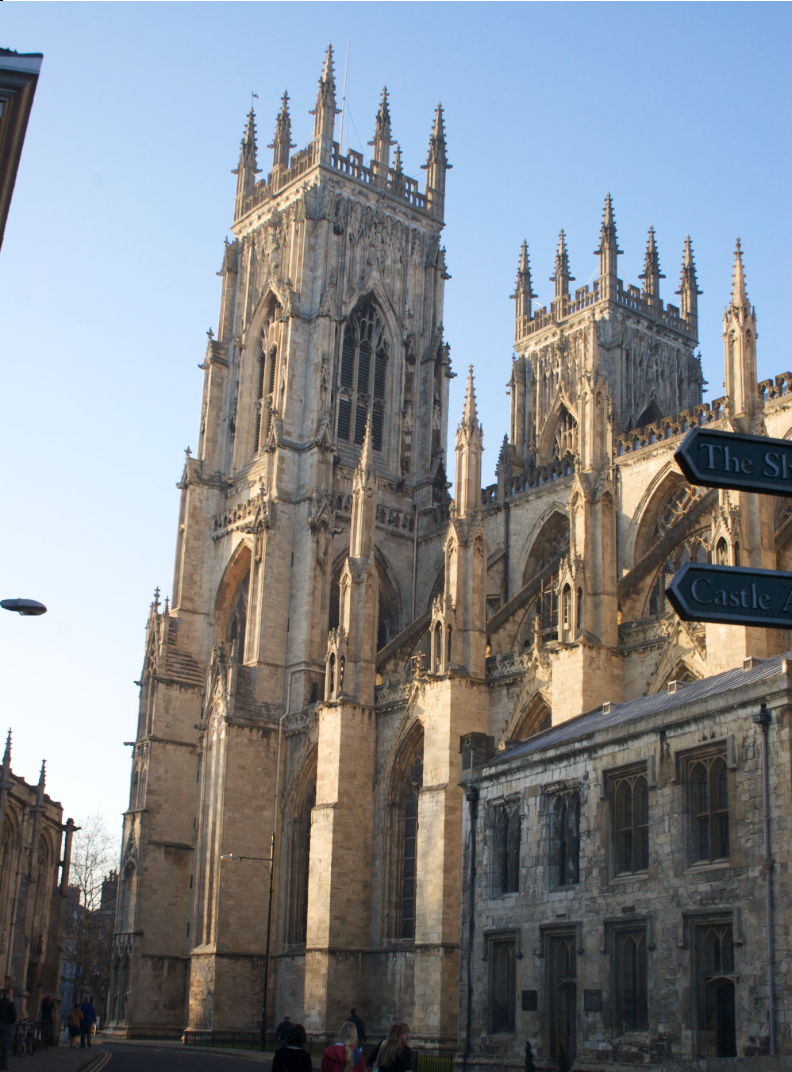 Start by making a few adjustments in Aperture including straightening the image, adjusting the blue color of the sky, and adding some vibrancy: 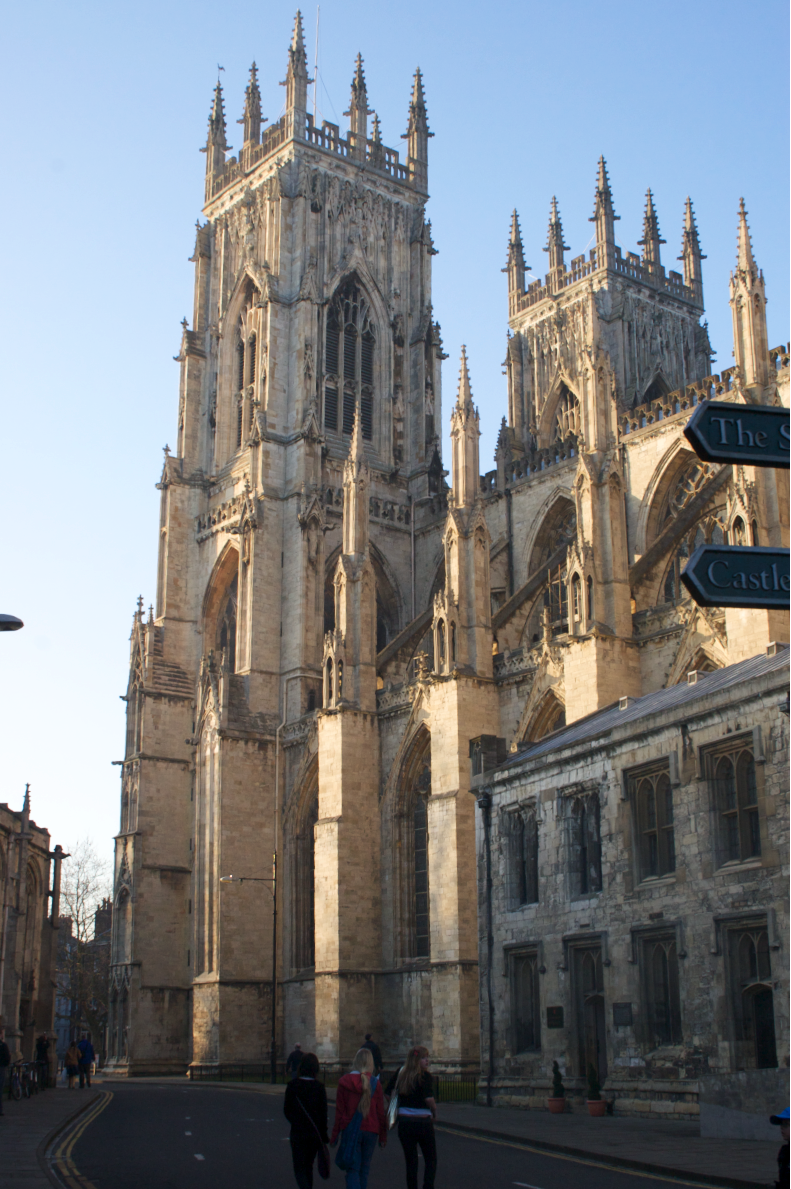 Before sending the image to be edited in Photoshop, make sure that the export settings are correct in Aperture > Settings > Export. Select Photoshop as the External Photo Editor. In this example the External Editor File Format is also set to "PSD (8-bit)": 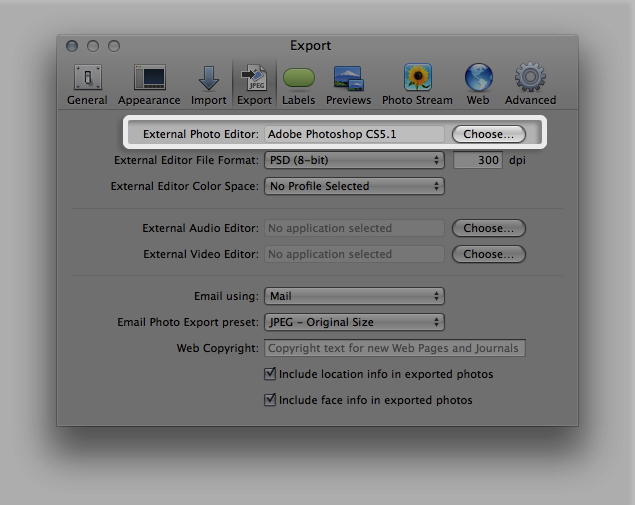 Send the Aperture version to Photoshop for editing by choosing Photos > Edit with Adobe Photoshop... 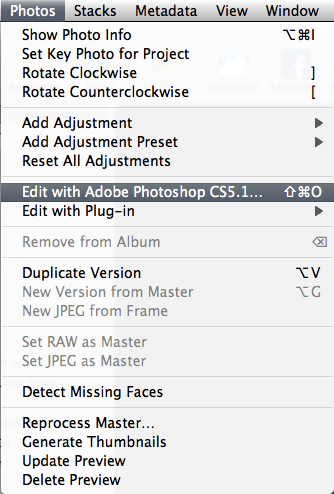 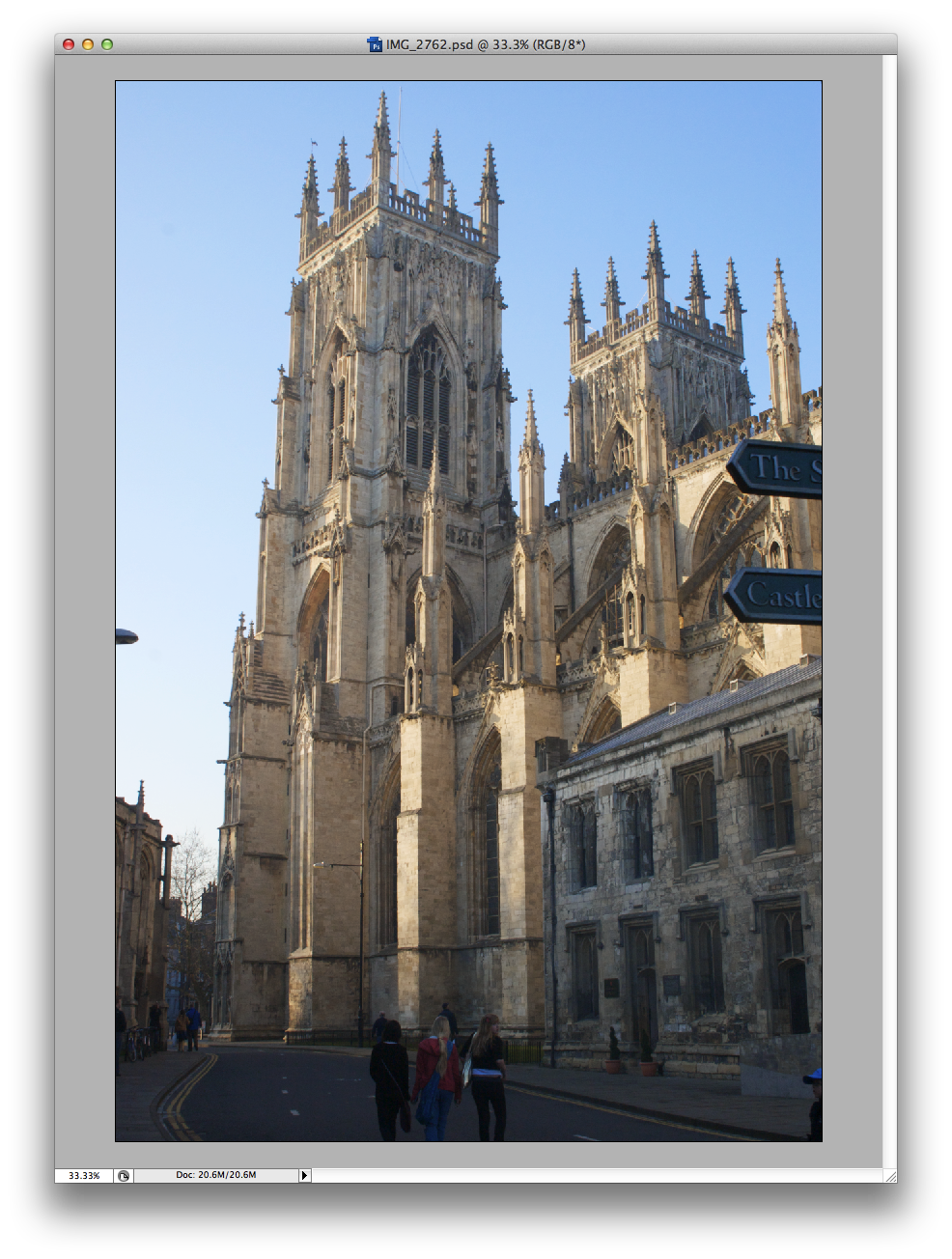 Edit the image in Photoshop. This may involve pixel edits to the image, addition of new layers, and so on. When you save the image, changes are written directly to the master. Be sure to enable the Maximize Compatibility option when saving a PSD in Photoshop.

When you return to Aperture, it detects that the master has been updated, and creates a new thumbnail and preview to reflect the changes. In the stack depicted below, you can see from left to right:  the Aperture-adjusted image, and the updated master sent back from Photoshop.

You can now proceed to add adjustments to the image in Aperture. In this example a vignette has been added: 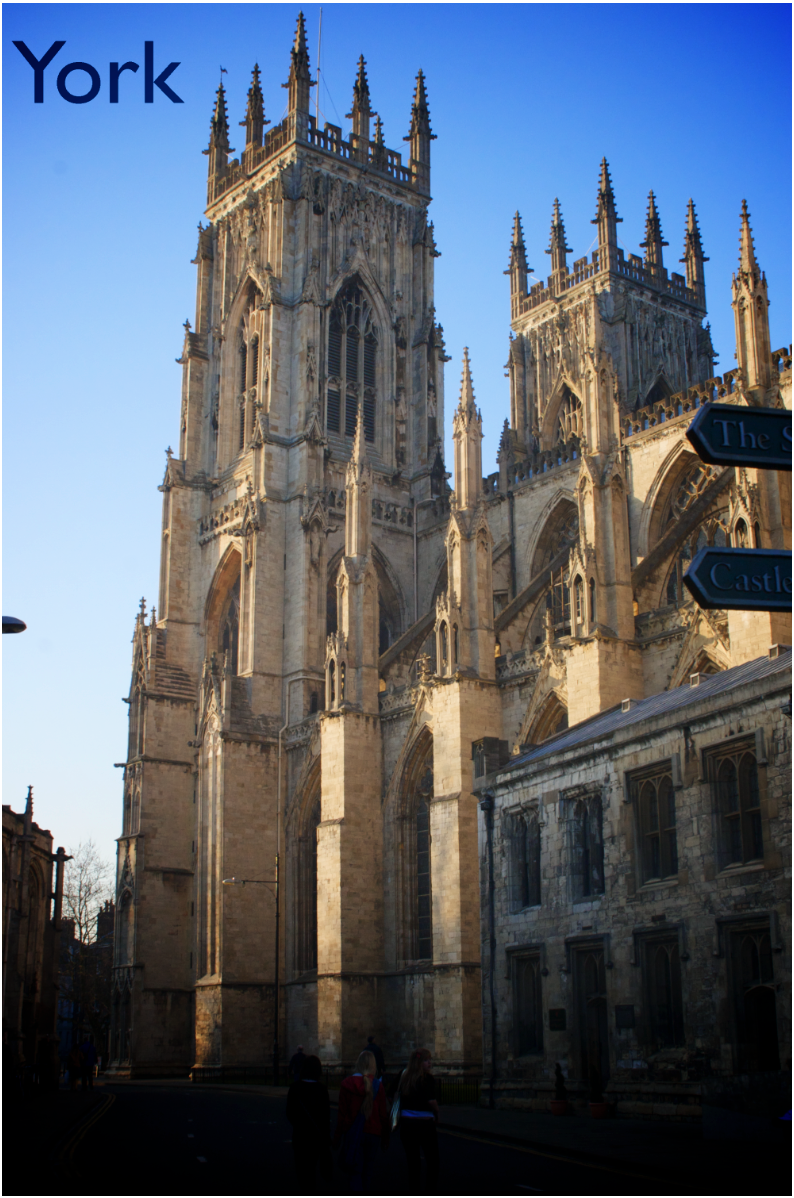 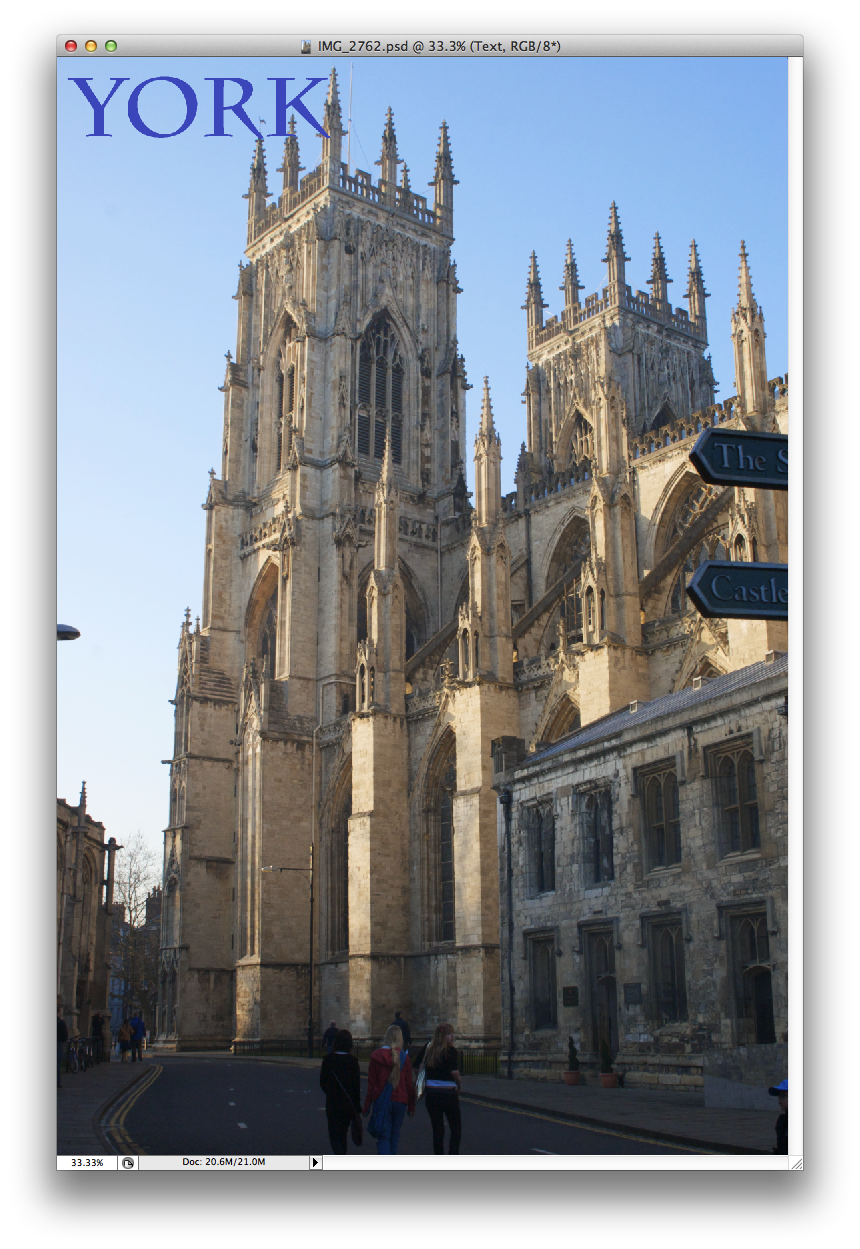 When you ave the image again in Photoshop and return to Aperture, the thumbnail and preview are updated to reflect the current state of the master, and all Aperture adjustments are visible. 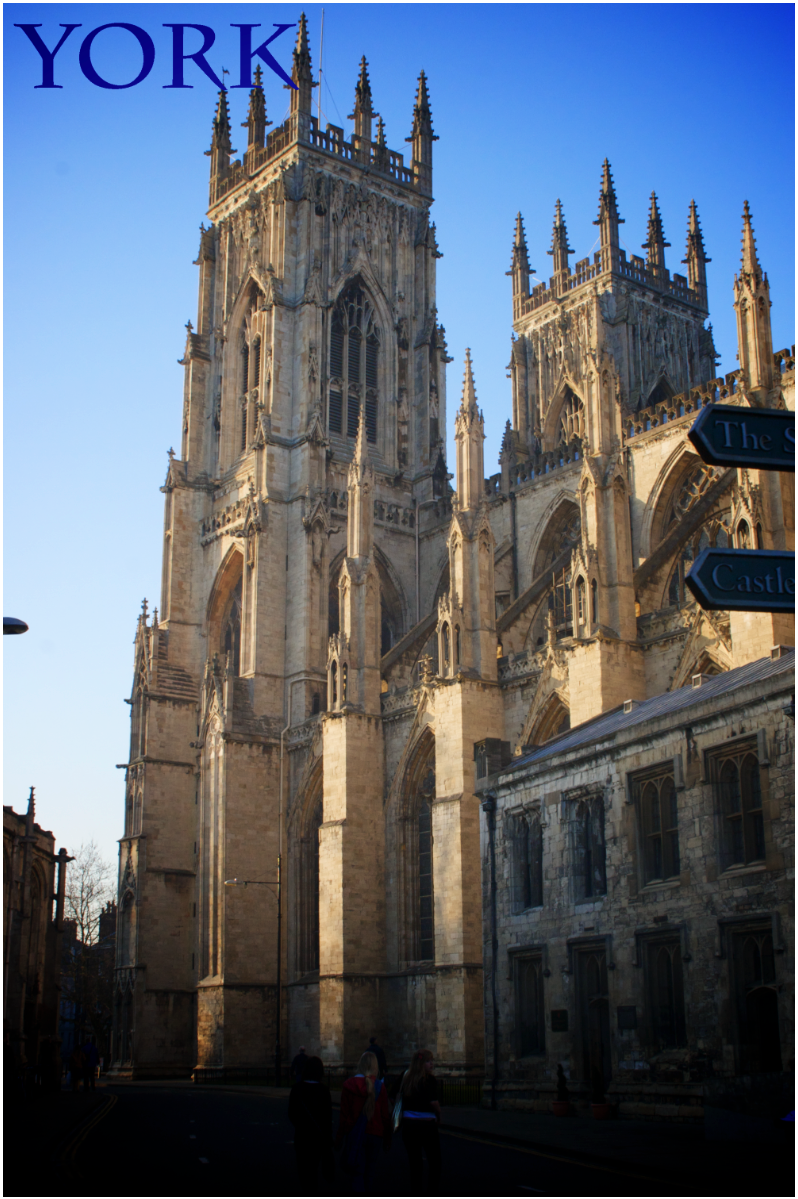 If necessary, you can create a new rendered master with all edits rendered by holding the Option key as you choose Photos > Edit a Copy with Adobe Photoshop... Remember that if you do so, Aperture will flatten the image, and you will no longer have access to separate layers in Photoshop.