With Sidecar, you can use your iPad as a display that extends or mirrors your Mac desktop.

Extend or mirror your Mac desktop with Sidecar

Learn more about using external displays. For example, you can use Displays preferences to arrange displays so that your iPad extends the left, right, top, or bottom of your desktop.

Move a window to your iPad display

If you hover your pointer over the full-screen button

of a window, you can choose to move that window to or from your iPad display. It's faster than dragging the window, and the window is perfectly resized for your display. 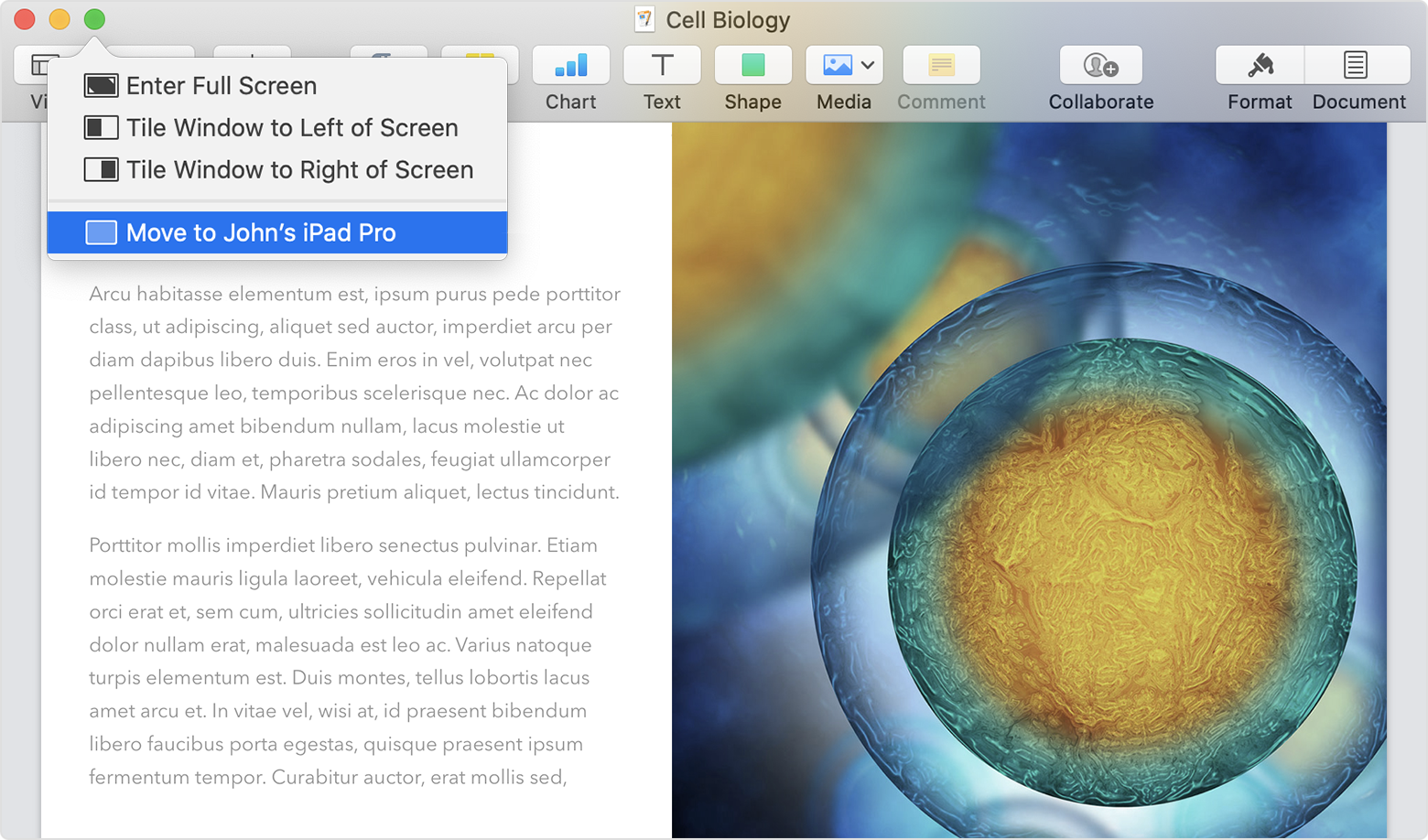 The sidebar puts commonly used controls on the side of your iPad screen. It includes Command, Shift, and other modifier keys, so you can choose essential commands with your finger or Apple Pencil instead of a keyboard.

Use Sidecar preferences to turn off the sidebar or change its position. 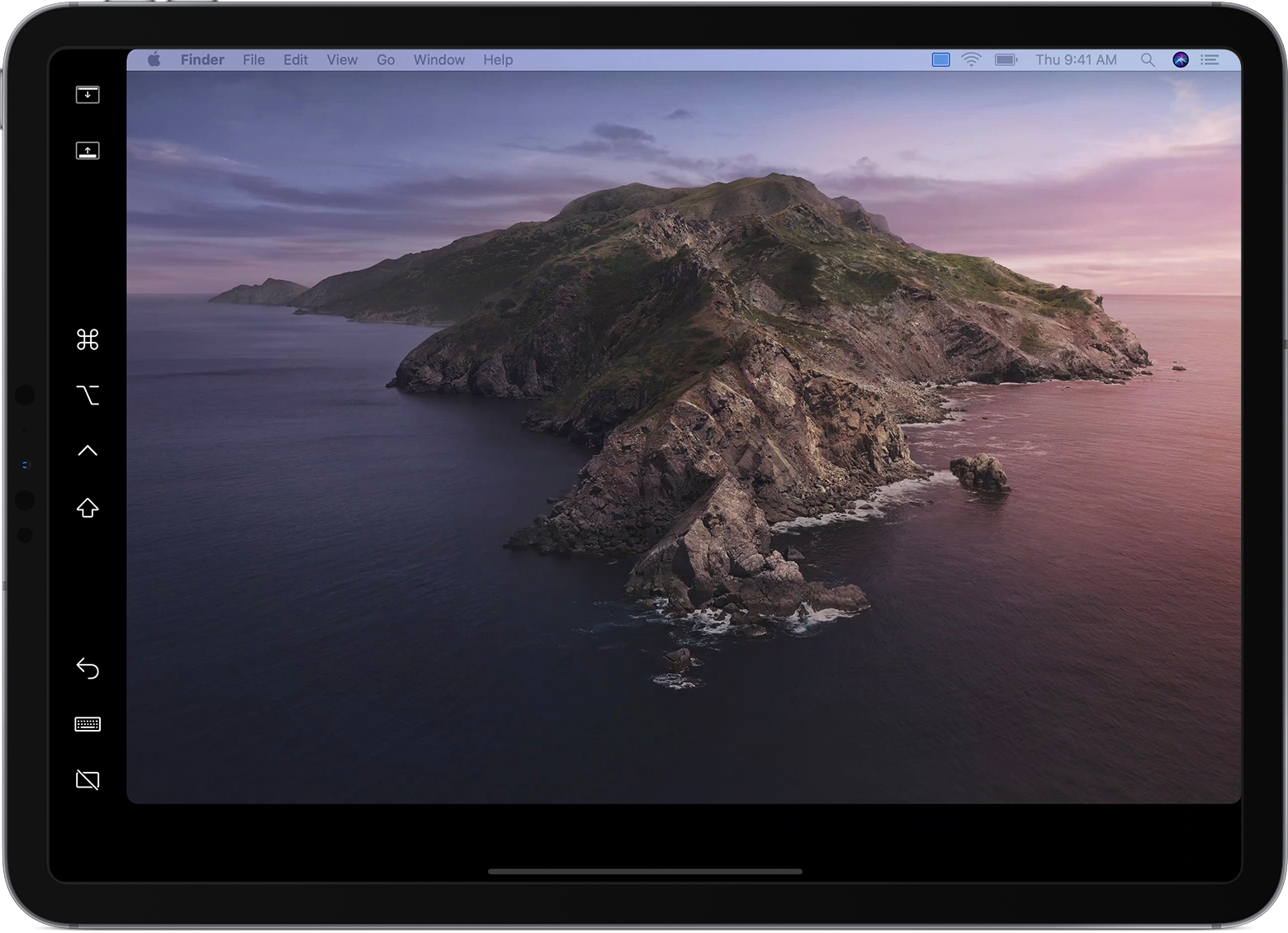 Tap to show or hide the menu bar when viewing a window in full screen on iPad.

Show or hide your computer's Dock on your iPad.

Command. Touch and hold to set the Command key. Double-tap to lock the key.

Option. Touch and hold to set the Option key. Double-tap to lock the key.

Control. Touch and hold to set the Control key. Double-tap to lock the key.

Shift. Touch and hold to set the Shift key. Double-tap to lock the key.

Show or hide the onscreen keyboard.

Use the Touch Bar

Many apps on Mac have Touch Bar controls that make common actions even easier. With Sidecar, you get a Touch Bar on your iPad screen even if your Mac doesn’t have a Touch Bar. It works just like the Touch Bar on Mac, and you can tap its controls with either your finger or Apple Pencil.

Use Sidecar preferences to turn off the Touch Bar or change its position.

Use gestures for scrolling and other actions

Multi-Touch gestures on iPad remain available when using Sidecar. These gestures are particularly useful with Sidecar:

To point, click, select, and perform tasks such as drawing, editing photos, and manipulating objects on your iPad while it's extending or mirroring your Mac display, you can use your Apple Pencil instead of the mouse or trackpad connected to your Mac. You can also use it to write, sketch, and mark up documents while seeing the updates live on your Mac.

Sidecar also supports double-tap, which you can turn on in Sidecar preferences. Double-tap enables apps that support this feature to perform custom actions when you double-tap on the side of your Apple Pencil (2nd generation).

Use a keyboard, mouse, or trackpad

During your Sidecar session, you can type using a keyboard connected to either your Mac or iPad, including the Smart Keyboard or Magic Keyboard for iPad.

Choose Apple menu  > System Preferences, then click Sidecar. These preferences are available only on computers that support Sidecar. 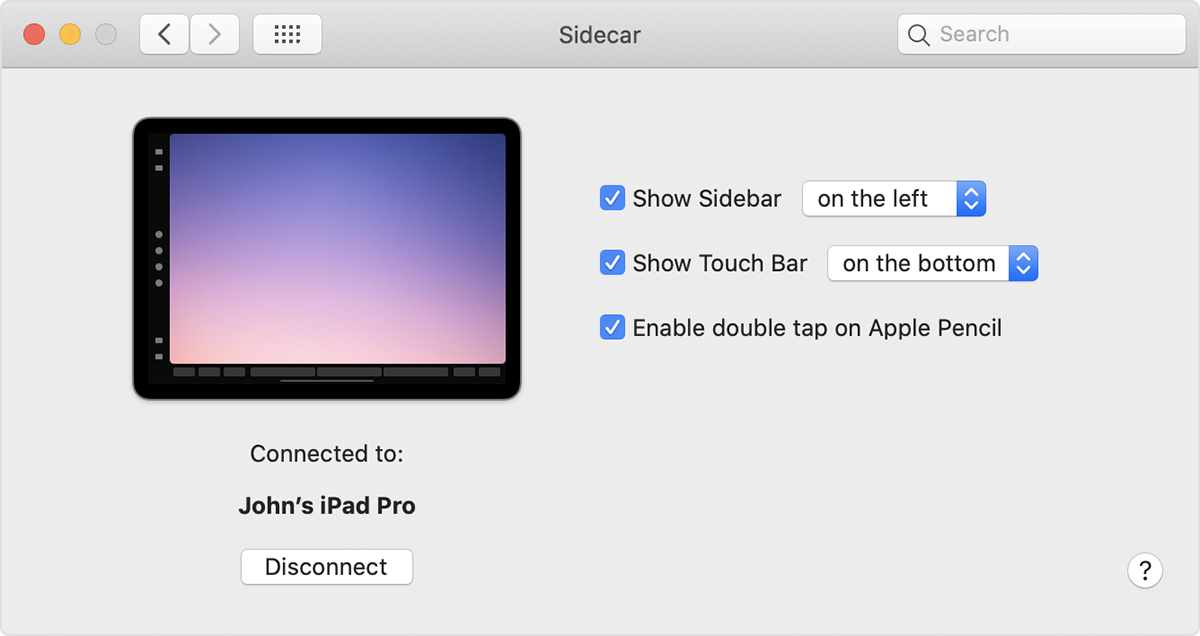