Use the information in this article to minimize audio latency in MainStage.

What is audio latency?

Audio latency is the phenomenon of sound reaching the ear at some point after it was created. In the natural world, latency is caused by physical distance from the sound source. The further away the sound source, the more latency. With digital audio there is also latency, and in this case it's caused by buffering. MainStage (or any other audio software) needs some time to process audio data before it can be passed on to the Core Audio driver. To accomplish this, the audio is divided into chunks, known as buffers. The size of these buffers determines the amount of latency introduced. Smaller buffers lead to less latency, because the computer is passing audio to the Core Audio driver more frequently. However, because the computer has less time before the next buffer must be processed, it requires more processing power than larger buffer sizes would need. If the computer is unable to completely process one buffer before the next is needed, you hear glitches and dropouts in the audio signal.

MainStage offers three settings that influence the amount of latency for the system. 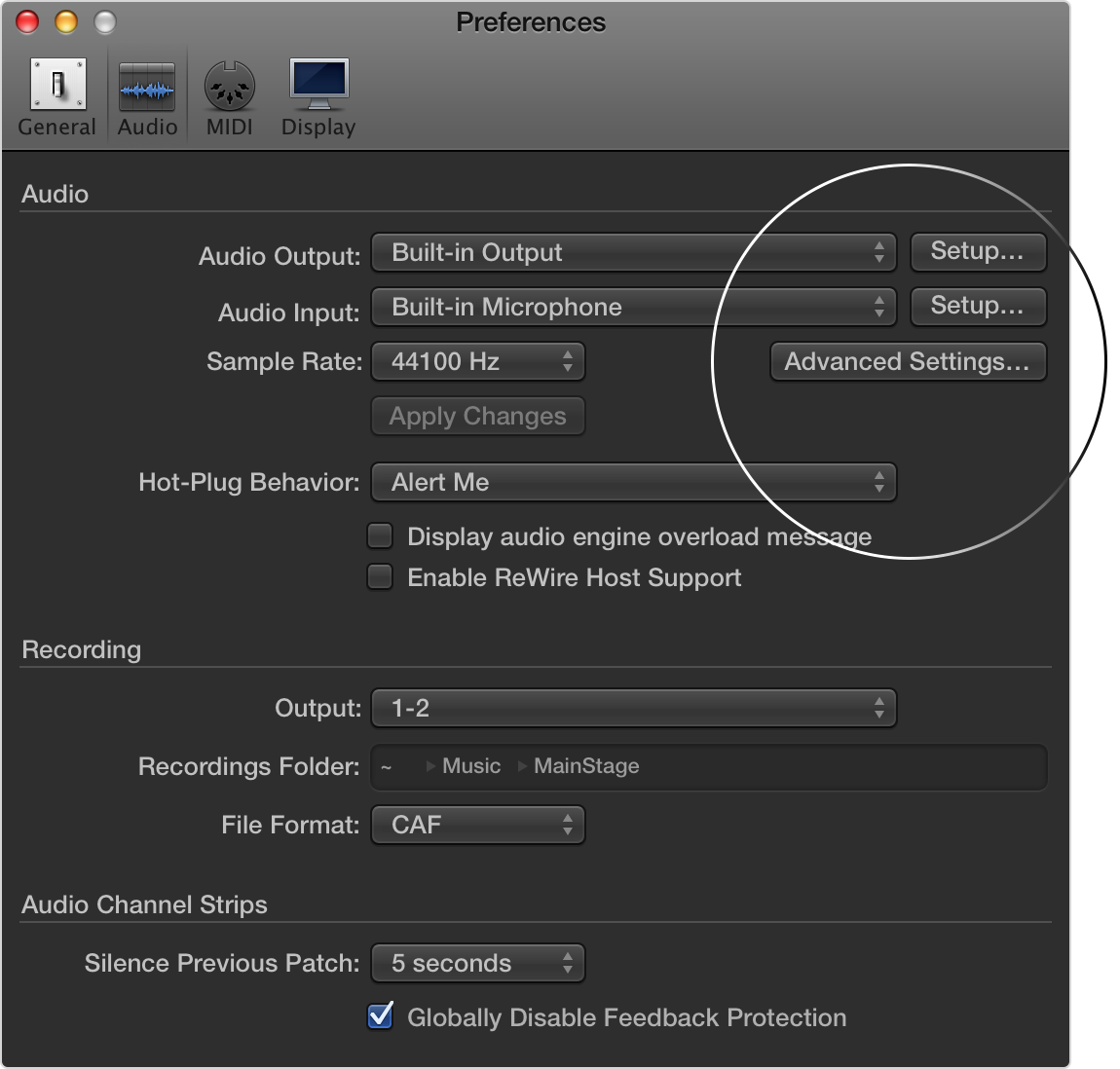 The first and most important of the settings is the I/O Buffer Size drop-down menu. 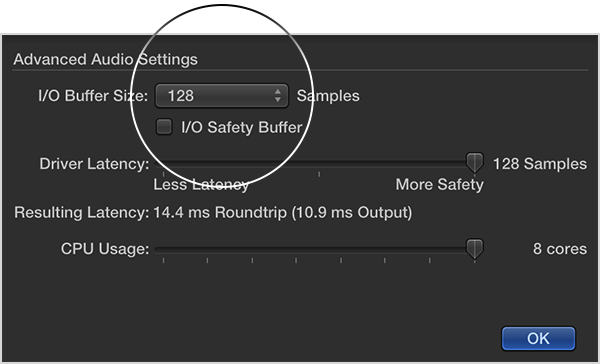 As you make changes to the I/O Buffer Size, you will see a large change in the Current Roundtrip Latency as displayed in milliseconds along the bottom of the Advanced Audio Settings panel. The output latency is also shown in parenthesis. This is useful for determining the latency when you play through software instrument channel strips.

Next is the Driver Latency slider. By default, the slider is set to the maximum possible value, equal to the current I/O Buffer Size. In the illustration below, MainStage is set to a 128 Sample Buffer Size. Each buffer is represented by a white block. As MainStage finishes processing a 128 sample buffer, the buffer (represented by the gray blocks) is passed to the Core Audio driver which passes it to the audio hardware output.

A good strategy for finding the optimal combination of settings is to start at the top of the Advanced Audio Settings panel and work your way down. To start, leave the I/O Safety Buffer off and keep the Driver Latency slider to its right-most and maximum setting: