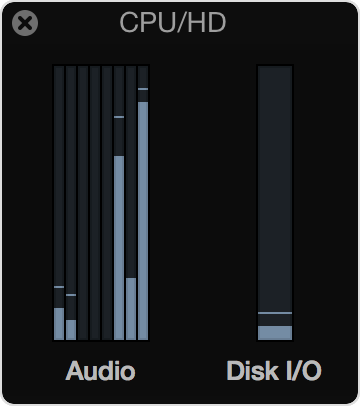 To avoid latency and system overload alerts, decrease the I/O buffer size when recording, then increase it when mixing. If you're recording audio and not software instruments, you can monitor your audio directly from the source. Choose Logic Pro > Settings (or Preferences) > Audio > General, and deselect Software Monitoring. You can then set the I/O buffer size to 256 samples and leave it there for both recording and mixing. 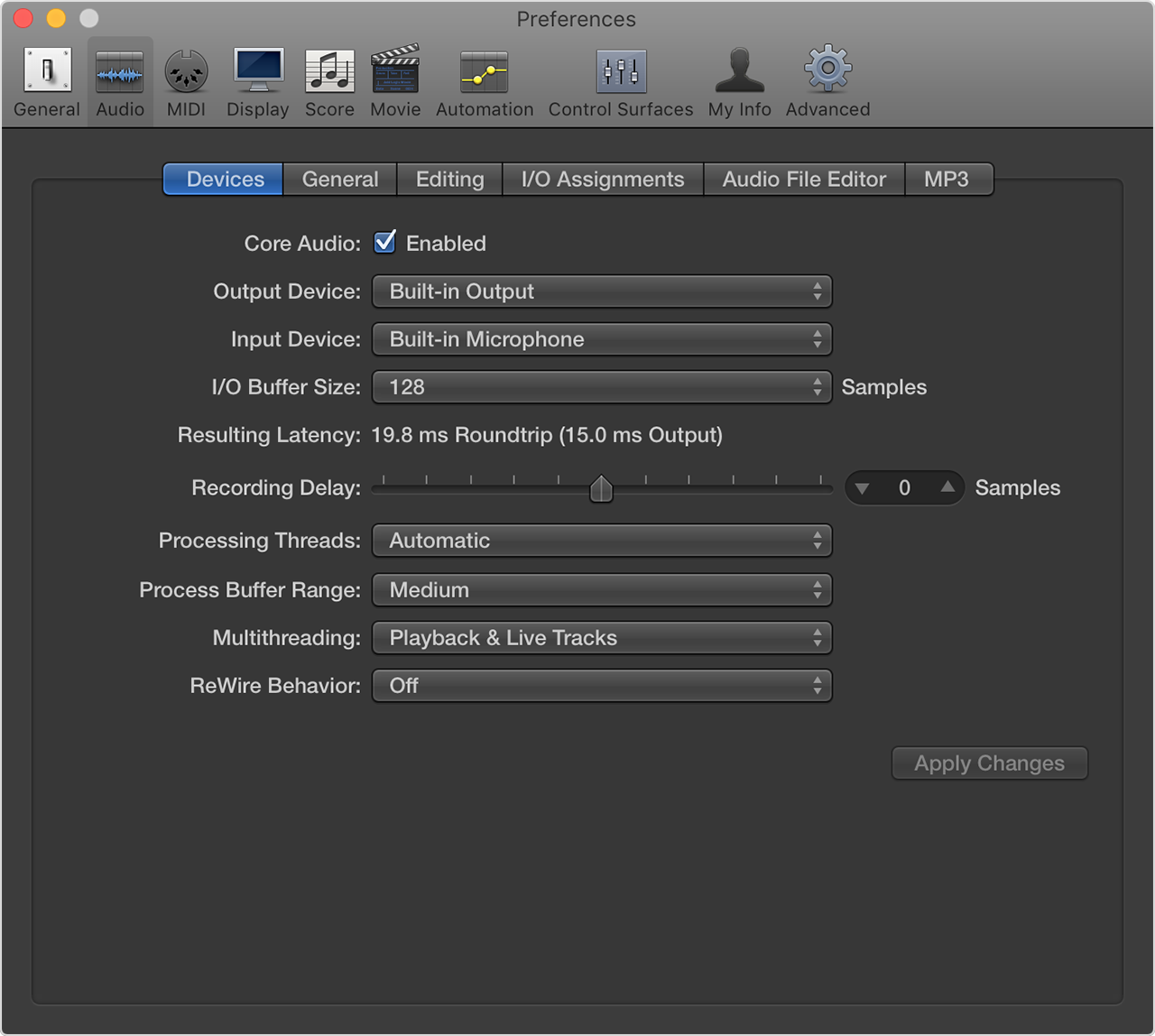 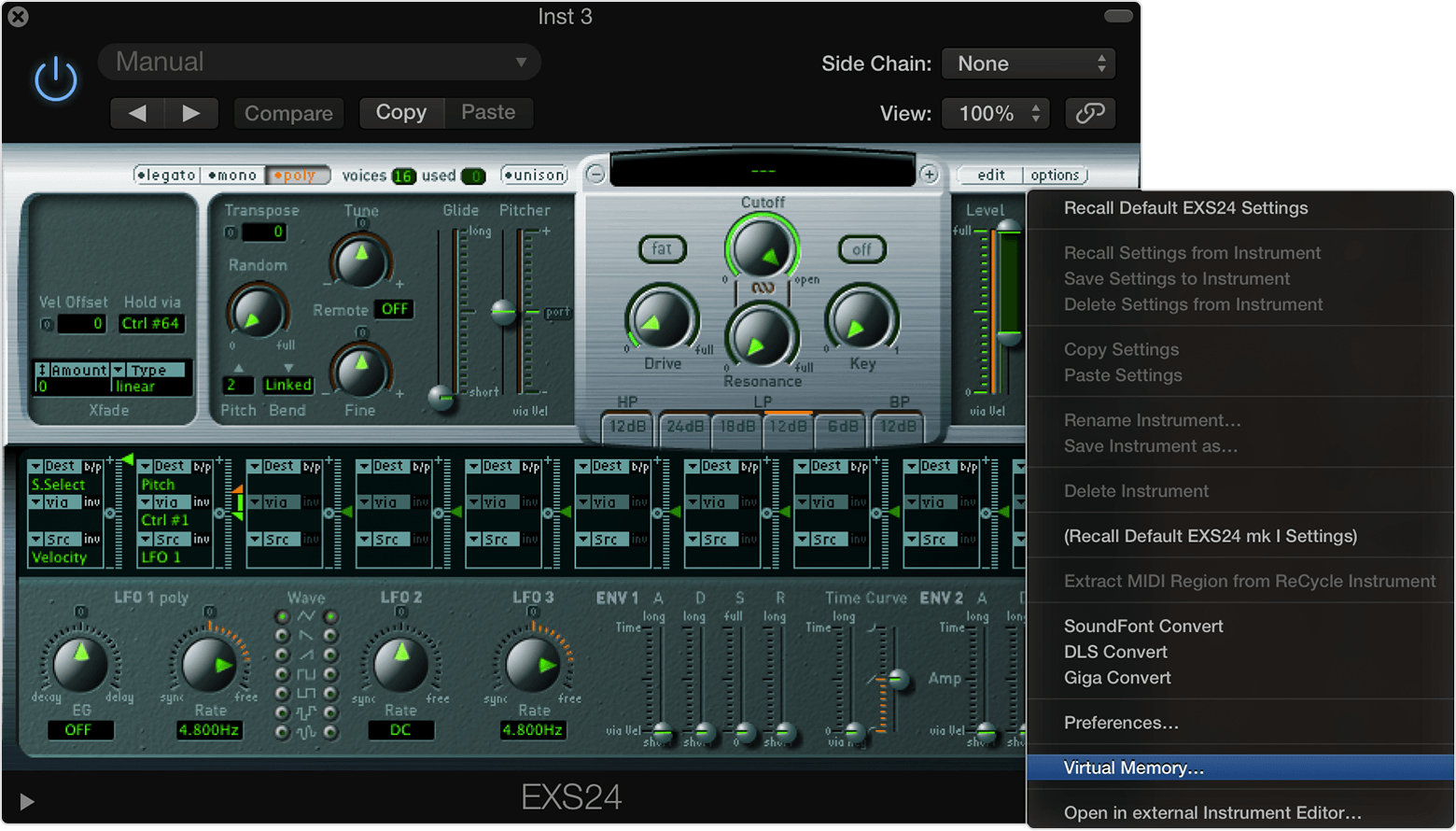